Dubrovnik in the Spotlight

…as King’s Landing in Game of Thrones 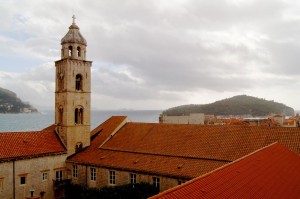 A visit to Dubrovnik could very easily have you treading in the footsteps of the Lannisters and Baratheons, the protagonists in HBO’s epic drama series Game of Thrones.

For the first season of Game of Thrones, many of the exterior scenes set in King’s Landing were shot on location in Mdina, the former capital of Malta but due to complications arising from a subcontractor damaging protected land, the production company have moved to using Dubrovnik in its place.

Dubrovnik couldn’t be more perfect for the role, with its medieval walls and narrow stone-paved streets.

Dubrovnik doesn’t just play the part of King’s Landing however. Some of the season two’s scenes set in Qarth were also shot on location in and around the city.

Shooting took place for season 3 already. Here’s a short (4 minute) piece from dubrovnikTV.net with some interviews from the crew’s last day there.

Planning a trip to Dubrovnik? We’d love to put together a Dubrovnik travel package just for you. Get in touch to find out more!