Did you decide to visit JayWay’s newest destination in 2015? To help plan your days, we’ve rounded up the country’s best festivals and events. Don’t miss any opportunity to dive into this fascinating culture! 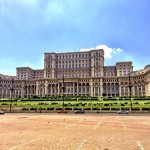 May 13-17: Art Safari: The Bucharest art fair is an international art market combining pieces for sale from galleries as well as exhibitions from museums and cultural institutions.

May 16-25: Romanian Design Week: Get a glimpse into the country’s creative industries with this week of design.

May 17-24: Bucharest Jazz Festival: Only in its ninth edition, this jazz festival attracts musicians from across the globe.

August 30-September 20: George Enescu International Festival: Romania’s most famous composer is honored with this biennial festival which attracts an international round-up of conductors, symphonies and soloists.

End of October-November TBA: Bucharest Early Music Festival: Fans of music from the medieval, renaissance and baroque periods will enjoy this special festival which typically runs about two weeks. 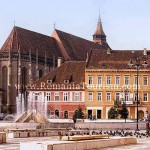 September 6-15: Oktoberfest: For the Romanian version of the German event, check out this festival. German beer and Bavarian culinary delights promised.

October 31: Halloween in Transylvania: Who better to spend Halloween with than Dracula? Tours, shows and other scary celebrations following in the Count’s footsteps. We went to Bran Castle for the Halloween party last year and pronounce it very spooky. 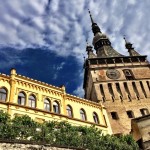 July 25-27: Medieval Sighisoara: This festival is full of medieval shenanigans with music shows, dancing, theater performances and much more. 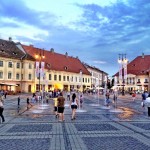 Aug. 4-10: ARTmania Festival: This multi-genre festival is primarily focused on photography and painting from the visual space and rock from the musical one.

August 15-17: National Festival of Folk Traditions: This fascinating event is appropriately held at the Astra open-air museum just outside of Sibiu. There’s a Folk Craftsmen’s Fair running here at the same time.

Planning a trip to Romania? We’d love to put together a Romania travel package just for you. Get in touch to find out more!