Live like the Flintstones where "Man came and never left."
A striking, unique sight, legend has it that Matera was once known as “Meteoron,” since its slopes pockmarked with caves resembled a meteor shower. While Matera has a more modern section, its draw is the Sassi, likely one of the oldest continually inhabited places on earth. Sassi is a must-see, honeycombed with homes carved directly into the rock, widening ancient caves over the millennia. This rock-hewn district has barely a tree in sight, though it does have a cathedral looming above everything. The caves are thought to have been constantly used as homes for 3-9,000 years. They're closely packed, with streets forming the ceilings of some caves, and the rooftop of one residence is often the floor of another. The skeleton of a 150,000-year hominid has been found in a cave nearby, while the surroundings are full of dozens of Neolithic sites, as well as a 10,000-year old human skeleton with tools. As the locals say, "man came here and never left." Once seen as the poorest part of Italy, with plenty of malaria and nearly nonexistent sanitation, nearly all of the populace was moved to a nearby model town in the 60s, in a plan based on the Tennessee Valley Authority's modernization of Appalachia. In the 90s, people moved back into modernized homes, and the district began to attract visitors.
The caves aren’t the only reason Matera shared the title of "2019 European Capital of Culture" with ancient Plovdiv in Bulgaria. The town is known for its unique dishes, which still use fresh local ingredients, such as flowers that grow in the valley below. The bakers make a unique horn-shaped bread that is baked slowly, then stays fresh for a week. The university and conservatory mean there are ample events to attend, as does the nearly year-long jazz festival, and the festival devoted to women’s fiction. The town’s famed ceramic rooster whistles make for great souvenirs. Many caves were used for churches since the earliest days of Christianity, and now serve as ancient Jerusalem in films such as "The Passion of the Christ" or the recent "Ben-Hur" remake, although you can also spot the town in "Wonder Woman," "No Time to Die," and many Italian classics.

Where to stay in Matera

Even the five-star accommodations feature caves. Ironically, despite the extraordinary age of the dwellings, even the smallest accommodation has been newly updated, and features modern amenities. This is a vertical city, with steep stairwells, even within individual caves, so visiting can be a workout. 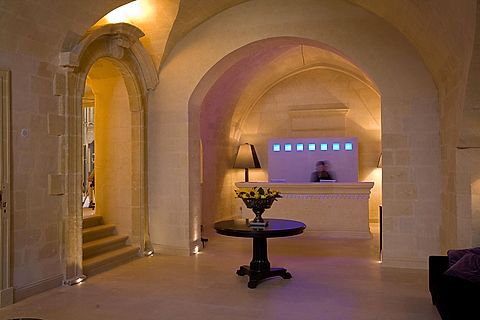 Classic Luxury Hotel
The charming classic elegance of a bygone era within a palace facing the cathedral. 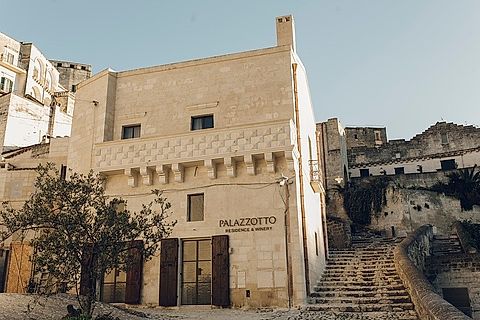 Historical Design Hotel
Hotel with unique atmosphere thanks to its architect owner. 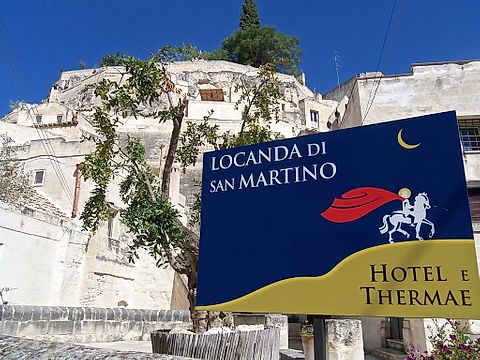 Spend some time in Matera on a tour that takes in other cities in Italy and neighboring countries. Our vacation packages including Matera and other destinations make traveling in Central & Eastern Europe hassle-free. We take care of getting you from place to place, accommodation, excursions and activities. 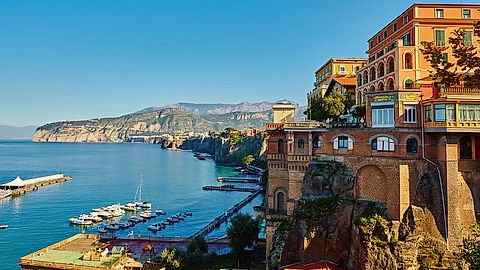 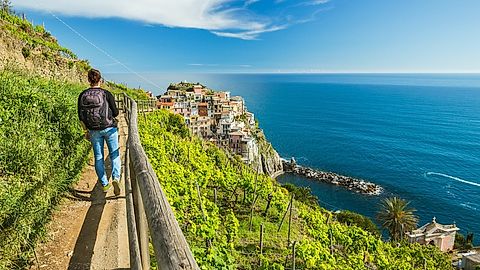 The most common and fastest way is to use ATMs in town, faster than in banks and with similar exchange rates. Currency exchange is available in a few money changers but they are not located in the historic centre.

A quick lunch with a drink in the centre, is around 25 euros. Museums and landmarks generally cost around 10 euros, usually even less since there are many small attractions to visit. For a full dinner, budget at least 30-40 euros.

How do I get around?

The most interesting historic attractions are located in the “Sassi”, a maze of tiny alleys and one-way only roads normally inaccessible to cars or in which driving your vehicle is extremely difficult. We recommend to explore the city on foot, enjoying the scenery at a relaxed path since the city is almost vertically-built. There is a local public shuttle bus connecting the main car park with “Sassi” or a private 3-wheeler “Ape” taxi service, your hotel will provide all details.

Is the city safe? Are there any tips on things to avoid, or places where you should be careful?

The city is generally safe, although some parts of the historic centre might look dodgy after dark, due to the cave-like nature of the alleys. As in most highly touristic destinations, occasional episodes of pickpocketing can happen so we recommend to be aware of it, leaving documents and valuables safely stored in your hotel. We recommend to explore “Sassi’ during the day time, and keep on the main lighted streets at night, which are safe, pleasant and usually crowded.

How many days should I spend in Matera?

In most cases, a half-day private walking tour and lunch in a nice cave-restaurant is enough to sample the atmosphere and explore the main historic sites. For a much more intense and rewarding experience, and for arts & history fans, we recommend to spend 2 to 3 nights in a unique cave-room hotel, with a half-day walking tour and a day trip in nearby countryside, traditional wineries and remote villages (with rented car & guide, or private excursion with guide and driver).