This is a guest post by Cristina Fi of Chasing Travel who took part in our #JayWayPoland blogger project in August 2018. If you enjoy this post you can also read her articles on Krakow’s best cafés and Where and What to Eat in Krakow. as well as her account of the day trip to Auschwitz she took while there.

Krakow is centered around one of Europe’s largest and oldest medieval Old Towns. From the baroque castle to the gothic cathedral and pastel-hued buildings, with an incredible green landscape for a backdrop, Krakow is a storybook setting worthy of a fairy tale. The city dates back to the 8th century, making Krakow full of ancient legends and epic stories to tell. On a city tour with a local guide, we discovered some of the tales that explain how Krakow came to be. 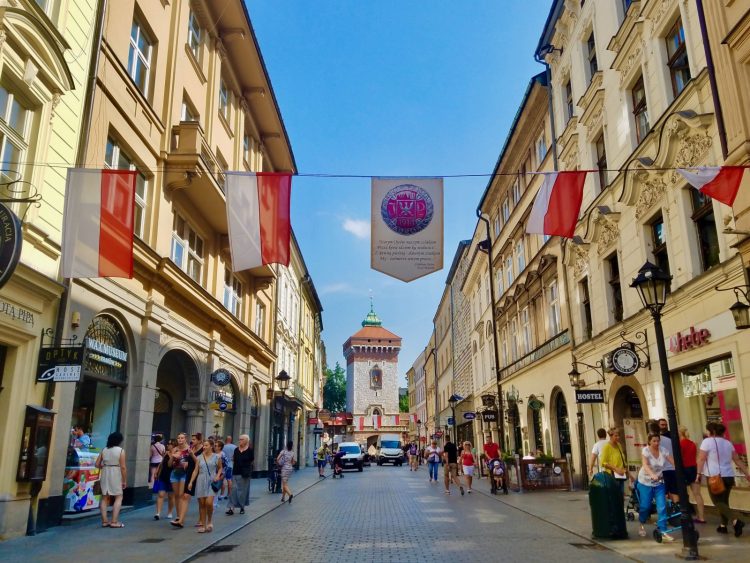 The Trumpeter of St. Mary’s Basilica

Krakow is surrounded by 150 churches, many of them designed in a unique Polish gothic style, including St. Mary’s Basilica, which you can find on Rynek Główny, the main square. In the 13th century, when the Mongols attacked Krakow, a watchman appeared from the window of the original basilica to sound the alarm, warning the town of invasion with a melody. Sadly, before the watchman could finish his song, he was shot in the throat by an arrow. Today, every hour from the top window of the church’s south tower, a trumpeter appears, playing the same melody. But don’t expect to hear the full song. The trumpeter stops the song just short of the ending, as a symbol of the legend and victim. Now when you visit the basilica you will know why the trumpeter ends their performance so abruptly. 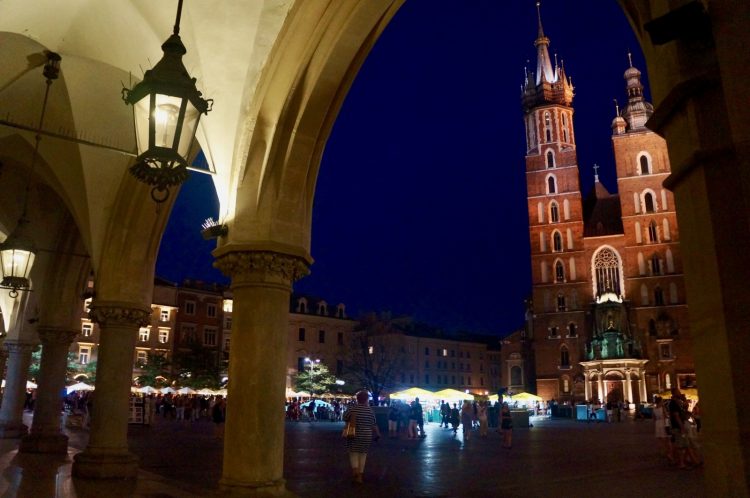 Looking at St. Mary’s two towers you might wonder why the towers are different heights. The current church was built in the 14th century, after the original was destroyed by Mongol invaders. For its construction, King Boleslaus decided to hire two brothers to build two towers, one on each side. The older brother built the south tower and the younger brother built the north tower. When the youn­ger brother noticed that the south tower was taller and better than his, he became enraged with jealousy. He stabbed and killed his older sibling with a knife so that he could no longer build a better tower. The next day, he was consumed with so much guilt and remorse for killing his own brother, that he jumped from the tower to his death. Today, the murderer’s knife can be seen hanging in Rynek Główny’s Cloth Hall. 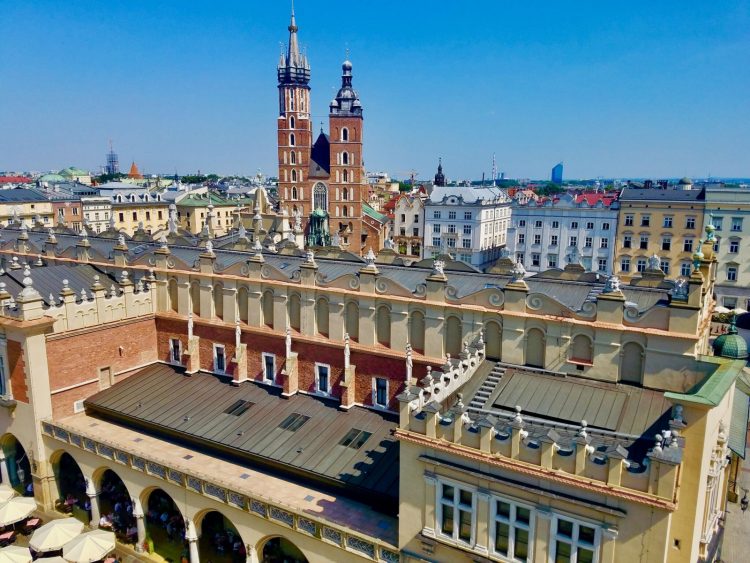 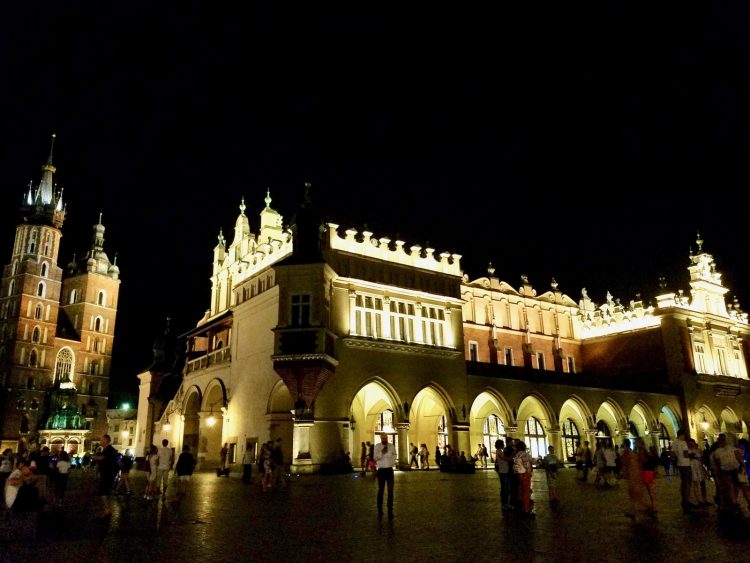 The Leaning Tower of Krakow

Did you know that Krakow has its own leaning tower? The Gothic Town Hall tower in Rynek Główny stands 70 meters high, and leans 55 centimeters from its base. Over the last 150 years it has endured many fires but there’s an unusual reason for the structure’s tilt. It’s believed that a strong wind storm in 1703 caused the tower’s slant. Stand at Rynek Główny’s center to see this crooked architecture, or climb the narrow steps to the top for Krakow’s most colorful view. 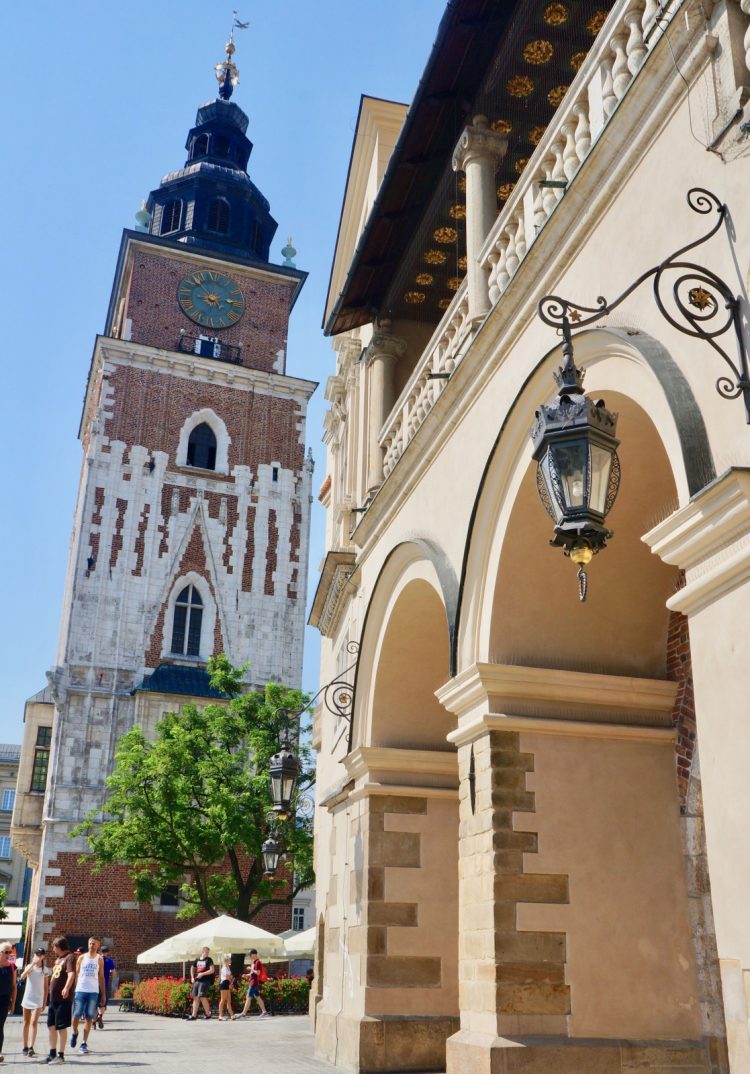 Krakow’s oldest tale dates back at least to the 13th century, when it was included in a Polish chronicle. Legend has it that Smok Wawelski, the Wawel Dragon, roamed the area’s villages, eating anything that moved and destroying the king’s land. This beastly monster preyed on livestock, and when there were no sheep left to eat, devoured villagers. Hoping to save the people of Wawel from the dragon, the King offered his own daughter up as a prize to any knight who could slay the dragon. This offer was to no avail, every knight who attempted to kill the dragon was either eaten or instantly turned into ash by a ball of fire. Until one day, a humble shoemaker named Krak came along. He decided to slit his own sheep in half. He stuffed the sheep with flammable sulphur, sewed its stomach back up, and fed it to the dragon. The dragon immediately ran to the Vistula River to extinguish the burning meal, but it drank so much water that its stomach exploded into tiny pieces. The city of Wawel was saved from the dragon and Krak became the people’s new hero. Krak married the king’s daughter and became Krak, the Prince of Poland. This is probably Krakow’s most important legend, because it also explains how the city got its name.

Today, you can see a statue of the dragon just below Wawel Hill, by the river. Every four minutes, flames shoot from its mouth. 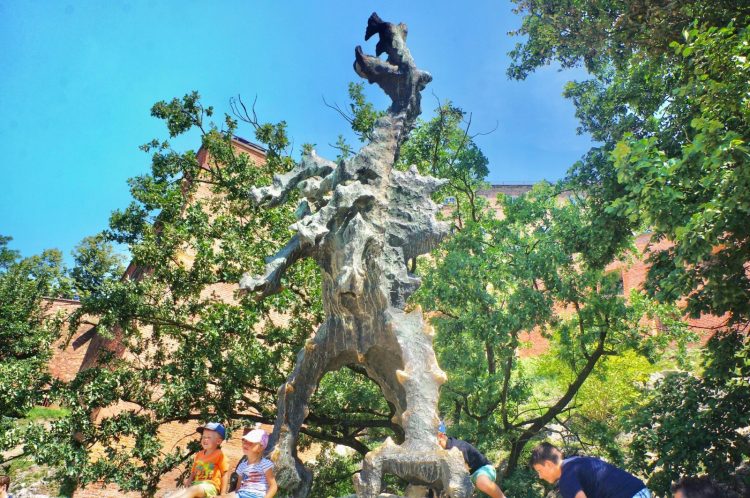 The Bones of the Wawel Dragon

The impressive Cathedral of Wawel Hill holds the remains of many Polish royals, but its biggest attraction is probably the bones of the Wawel Dragon. The bones can be seen hanging by the cathedral’s main entrance. They are believed to have magical powers, protecting and shielding the city of Krakow from harm. 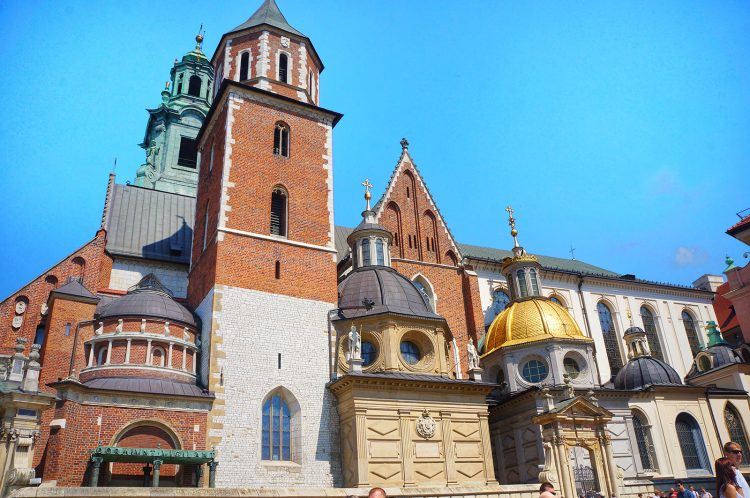 The Fountain of Knowledge

In the Jagiellonian University courtyard, you can watch a procession of colorful figures emerge from a clock, as various melodies play three times a day. Nearby is a lesser known attraction: a fountain of knowledge. From the clock, walk across the courtyard to its mascaron fountain, and place a drop of its water onto your forehead. Legend has it, the water flowing from the fountain is a source of knowledge and wisdom. 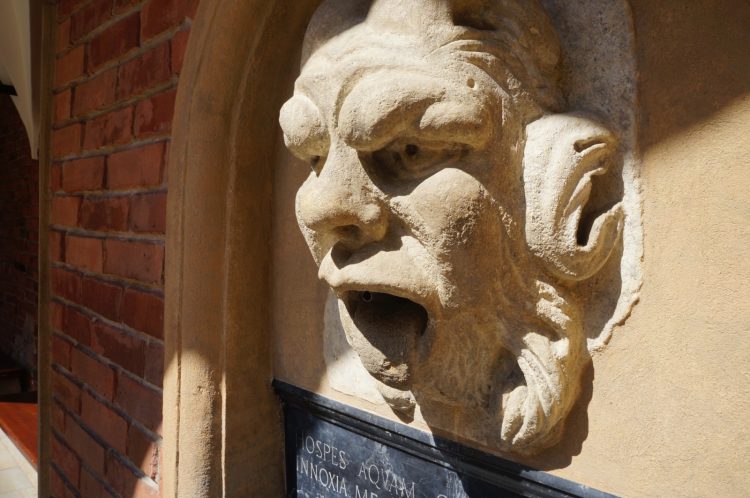 Krakow is a city full of beautiful architecture, churches, and squares, each with their own tales to tell. We would recommend taking a city tour to see and hear the many stories behind this fairy tale city.

2 thoughts on “Legends of Krakow”