The A-Z of Driving in Italy

JayWay Travel Blog » Italy » The A-Z of Driving in Italy

After six months living in Italy and traveling from the top to the bottom and back again, I think I can safely say I’ve seen it all when it comes to the Italian way of driving.

First of all, it’s fair to say that the Italian driving style differs from north to south. In the north, close to Switzerland and Austria, drivers are a little more aware and respectful of other road users. But as you make your way south, that ceases to be the case. In Sicily’s cities, you really need to have your wits about you. There are certain constants however… 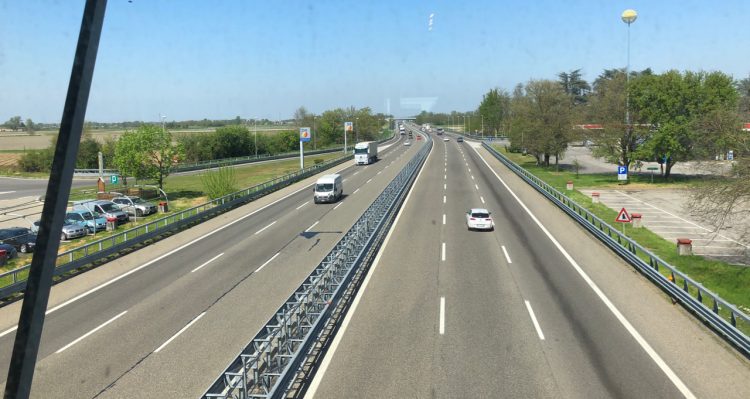 Autogrill and the various similar entities are highway rest stops with a café and a canteen-style restaurant. The food’s actually edible and the coffee is decent and cheap. A stop at one of these is mandatory on any long journey. Try to avoid the temptation to pick up wine here though, as it’s usually not very good. If there’s a good price on parmigianno, however (17 Euros per kilo or less), go crazy. You’re allowed to take hard cheese back to the US. Some of them have a walkway between the two sides, which is where the picture above was taken from.

It seems that blinkers are an all-or-nothing deal. Some people will steadfastly refuse to use them. Others love the clicking sound so much they leave them on long after they’ve changed lanes.

Italians are keen cyclists plus a lot of the more touristy areas like the Amalfi Coast are very popular with cyclists from abroad. Expect to wait quite some time behind them before an overtaking opportunity presents itself.

In line with the Fluido ethos detailed below, if you see someone ahead of you approaching a junction and you think “no, there’s no way they’d be crazy enough to pull out in front of me,” think again. They just might. Maybe only in 2 out of 10 cases (higher in the south), but it’s an eventuality we suggest preparing for.

Something that can generally be relied on is that your fellow road users are operating on a principle known as “fluido.” Just like water will fill up all available space, Italians seek to do so on the road. Forget sensible minimum braking distance – if there’s a gap between you and the car in front, expect someone to try and dive into it.

A whole article could be written on Italian gas stations. If you’re used to a well-stocked convenience store with pumps under a big canopy where you roll up, fill your tank, stroll inside, pick up some snacks and pay for your gas, be aware that these are not common. Gas stations can be as stripped down as a couple of pumps on the sidewalk. They might not be staffed. They might not take credit cards. If they are staffed, watch out for the dual prices. There’s usually a “fai da te” or “self” price, which is lower, and a “servito” price, where you’ll be paying between 10c and 40c per litre (there are 4 litres in a US gallon) for the pleasure of someone pumping the gas for you. Some pumps are designated as self-service and some with an attendant. Make sure you pick the right one or you’ll pay extra and still do the work yourself. In many places, you’ll need to pay for the gas before you put it in the car. Returning a rental with a full tank may not be so easy when you need to guess how much you need to put in. In general, always have 10-20 Euros in cash on you for gas just in case you run low.

The big question – do you need one? Yes, and no. No, your rental company won’t ask to see it. If you get stopped by the police, they might. Don’t take the chance, it’s cheap. Just get it from your local AAA office and quit worrying.

In some parts of Italy lane markings it seems are optional. Either they were there, but they faded, or they never got painted. People get by, literally. A stretch of road that looks like it should have three lanes is treated as if it has four. Best just to try and blend in, follow someone else who looks like they know what they’re doing, and be fluido!

When parking in a blue-line bay, look for the nearest parking meter. Take a note of your car’s registration plate as some require you enter that before getting your ticket. Once you have it, place it printed side up somewhere clearly visible on top of the dash. In Italy Monday through Saturday are considered working days. You might see that holy days, denoted by a cross (Sundays only) are free. It’s still worth putting in the minimum amount to get a ticket that you can put on the dash to ward off any fines.

You might also see some parking spaces that give you limited free parking (15 minutes to a couple of hours) but require you to show when you arrived. Your rental car probably has a blue and white clock/disc somewhere. Set that to the time of your arrival and put it on the dashboard.

There’s an app that I’ve used, successfully, to pay for parking – MyCicero, which uses GPS to find where you are, and tells you the parking cost. You enter your car’s registration number and choose how long to park, then pay with credit you’ve purchased in the app using a credit card. It also allows you to buy train tickets and public transport tickets in some cities, like Rome, so it’s pretty handy all round. There are other apps that are specific to parking and that have wider acceptance, like EasyPark Italia. To use either you’ll need a data plan or wifi access though.

There are also public and privately owned multi-story parking garages. Prices for these vary widely and in places like Rome you can pay at least $40 a day to park. Hotel parking is usually similarly priced.

You may on occasion come across a situation where an unkempt but “helpful” gentleman, usually wearing a cap of some kind, will advise you on where you can park. Italians refer to these characters as “parcheggiatore abusivo” – no translation is required I feel. They are definitely not to be trusted as they’ll often charge you to park somewhere it is forbidden so when you return you’ll also have a fine to pay. Follow the parking regulations outlined above.

Roads Can Be Terrible, or Cease Existing

This is less of a problem in wealthier parts of the country like Veneto, but from Rome south, potholes are common. In Sicily you might find roads with warning signs (yet you can still drive past the signs unknowingly, since they’re all in Italian) that really shouldn’t be attempted in anything other than a 4×4. Parts of the road may have fallen in and you’ll find yourself navigating a small trench. Rail crossings can be treacherous too – slow down. A lot. 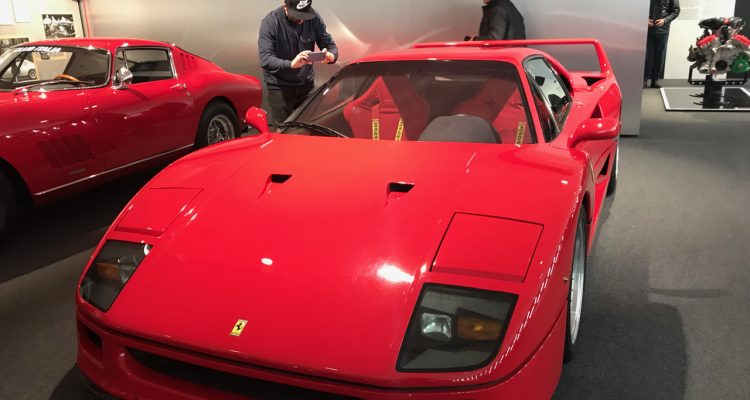 As you’re in the homeland of Ferrari, Lamborghini, Maserati and more, expect to see some serious cars on the roads. Don’t try and race them! Do go and visit the factory museums though.

Italy’s highway tolls run the gamut from exorbitant in the north to trifling in the south. It has something to do with relative income levels, maybe. You can ask your GPS/Google to route you via non-toll roads, but the journey time will often be much longer if you’re traveling far. Certainly the back roads are more scenic and you never know what you’ll find, but you could spend more on gas than you save, plus you’ll lose a lot of time. Because of the high prices, traffic jams are rare on toll roads.

Usually the way the toll system works is that when you join the highway you’ll stop at a barrier and take a ticket. Keep this somewhere easy to get to (usually there’s a strap on the driver’s-side sun visor to slip it behind). If you see a toll gate that just has a blue or blue and yellow Telepass sign on it, do NOT go through it. That’s for a credit-based system where you have a sensor placed in the car. Your rental almost certainly won’t, unless that was specifically added at the rental desk. Running a toll will cause you problems later. When you come to your exit from the highway you’ll find either manned or automated toll gates. Above them you’ll see signs indicating whether they take cash, card or telepass. You may notice there’s often a line at the cash ones and none at the card-only ones. This is because Italians have a deep mistrust of paying by card. They may have had an experience where the card is swallowed by the machine, or the payment is rejected, at which point a slip is spat out that will require you to go to a post office and pay, or pay online somehow later – the barrier opens but you’d better pay up later! In general it’s better to have cash (crisp notes work best, or lots of 1 & 2 Euro coins) and use a cash-accepting gate. 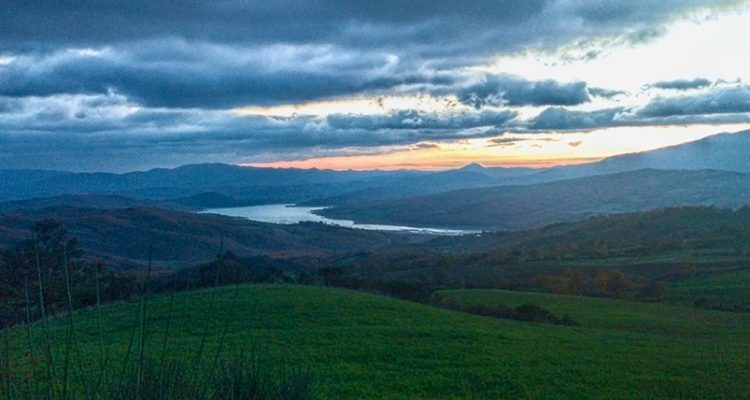 Italy’s landscape is jaw-droppingly beautiful and on most roads you’ll find places to stop and take a photo. Try not to brake too suddenly when you see one of these. And if you miss one there will probably be another one with an equally beautiful vista just ahead.

A ZTL is a “Limited Traffic Zone.” They are sometimes permanent, and sometimes apply only during certain times. The instructions for these are only ever written in Italian. ZTLs are designed to limit the amount of vehicles entering historic city centers. In some cases, by discouraging you they’re doing you a big favor. Some of the streets in these towns are incredibly narrow and really only best navigated by a local.

Usually if the ZTL isn’t permanently in force or the times aren’t completely consistent you’ll see a digital display with a sign that will say “Varco Attivo” or “Varco Non Attivo” (Gate Active or Gate Not Active). Varco Attivo means you should only enter the ZTL if you have permission, which you won’t have unless you’re staying at a hotel inside the ZTL. The hotel can send your car registration number to the police to make sure you’re not fined for entering.

I might have made driving in Italy sound incredibly daunting, and in fairness, the traffic of a city like Naples or Palermo can be traumatising, but once you’re out of the cities it’s plain sailing. If you’re worried about getting out of the city in a rental car then pick one up from an airport – take a taxi or transfer there and you’re already clear of the madness! Some of the best of Italy is out in the countryside, but public transport is patchy at best so if you’re on a budget it’s the only way you can get to some places. 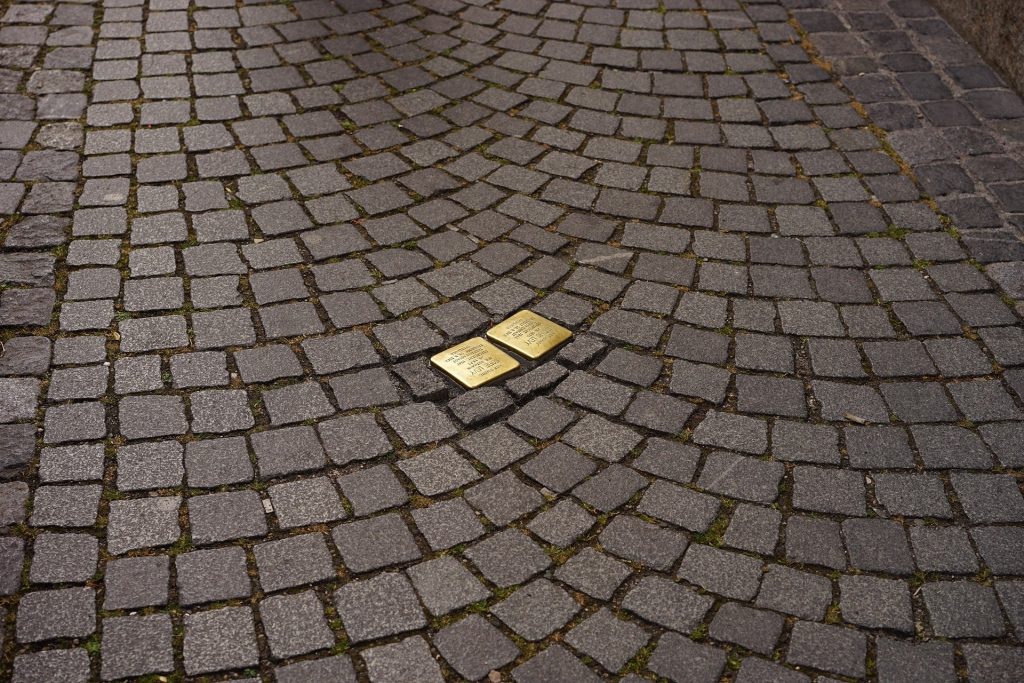 1 thought on “The A-Z of Driving in Italy”