Come with us to experience a fairy-tale world in Germany. We will introduce you to three towns in southeast Germany, Würzburg, Augsburg, and Bamberg. While these aren’t places we offer as overnight destinations, they make for an ideal place to stop for a few hours on a self-drive road trip, or private transfer. Each of them has outstanding beauty, historical value, splendid architecture, and is surrounded by fascinating landscapes furthermore bearing a moving and shocking history.

Würzburg, a Wistful Wander on the way from Frankfurt to Nuremberg

Würzburg is an ancient city. The first settlement was established in the Bronze Age in the Urnfield Culture by the Celts in 1000 BC which proves its universal historical importance. The Celts chose the location of their settlements carefully and wisely with great natural protection and commercial objectives. Germanic tribes arrived here as early as the 4th century and from the end of the Migration Period, Würzburg was chosen as a seat of dynasties and districts. Its role within the emerging and falling empires rapidly grew and remained unbroken. This was the location of the infamous Würzburg Witch Trials, the largest witch trials of the early modern period which saw the mass murder of almost 300 people from all segments of the society.

Würzburg used to be a rabbinic center, with a famous interpretation for the ‘Talmud Torah’ in Europe. The persecution of its Jews began in the 13th century and culminated in a paralyzing holocaust. Würzburg was heavily bombarded during WWII, but reconstruction works painstakingly and accurately focused on the original style of the city. Today it stands resplendent in its historical beauty.

The long and troubled history at the same time is an abundant well of historical sights. If you choose Würzburg for a 3-hours stop you should visit the Würzburg Residence UNESCO World Heritage site with the world’s largest painting, the Tiepolo Fresco. If you see nothing else but this, you won’t be disappointed. You can walk around the palace and admire the fascinating environs at your own pace. The Marienberg Fortress, along with the many churches of pilgrimage give a romantic ambiance to the city, which is one of the most popular starting points of the well-known thematic route, the Romantic Road. The neighborhood is famous for its wines with spicy notes.

You can add this stop when you are traveling by private transfer from Frankfurt to Nuremberg or vice-versa. Würzburg is about halfway between the two cities.

When walking the streets of Bamberg you will undoubtedly be overcome by the beauty of timbered houses, narrow, curling, cobblestoned streets, grand palaces, and historical ambience. Spanning the banks of the Regnitz River, Bamberg had become a key link between the Slavic people, mostly from Poland, and the rest of Europe. Bamberg was another hotspot for the witch trials in the early modern period. Hundreds of people found their death on the pyre. Due to being located in Bavaria and the vicinity to other cities of importance like Nuremberg or Munich, Bamberg played some role during the Nazi regime, too, providing the setting for one of the early Nazi Party conferences.

A visitor today will be captivated by how a town can be so well preserved. If you have ever dreamed of walking in a fairy-tale town, then you should stop in Bamberg. Its culinary delights call for carnivores, as we are still in Bavaria where sausages of various sizes dominate the plates. The famous red beer originates from Bamberg, too. Go for a walk, a snack, immerse in the unparalleled ambiance of a UNESCO-protected, pure medieval town.

Bamberg is a short detour en route from Nuremberg to Dresden.

Augsburg, one of Germany’s oldest cities, an hour from Munich

Augsburg is the third oldest city in Germany in terms of continuity. Founded by the Romans in 15 BC, it was named in honor of the then Roman emperor, Augustus. It soon became the capital of the province Raetia. Its history saw many invasions and conquests until the 13th century when it was granted the status of a Free Imperial City which determined its privileged position henceforth. This town with a strategic location at the convergence of three rivers soon became an important trading center and base of two baking families. One of them, the Fuggers, established the world’s first social housing estate in the 16th century. Meanwhile, Catholics burned hundreds of people during the witch trials. When Augsburg became Protestant, authorities curtailed the rights and freedom of Catholics in the city. The conflict between the two churches was peacefully and effectively resolved after the Augsburg Confession in the Peace of Augsburg where religious minorities in imperial cities became legally protected.

At least until the Thirty Years War. Augsburg’s most prospering times were indeed the 16th and 17th centuries. Its importance in the European textile industry had been uninterrupted since the time of the Fuggers and skyrocketed with the industrial revolution. The city saw its darkest years during WWII but fortunately, only 25% of the homes were destroyed during the three bombardments. Augsburg today is a home for universities and has a sparkling student life.

The UNESCO listed site in Augsburg, the water management system, is situated in the outskirts of the town but you can easily access it with your private transfer car. The city has some quirky legends, like the ‘Stoney man’ or the ‘At the seven infants’ for which you can find the matching statues or memorials. You should not miss visiting the old town with the Fuggerei, the world’s first social housing estate, and a stroll by the many churches and palaces. As Augsburg is officially in the subregion Swabia, make sure that you try some local dishes, too.

Augsburg is near Munich and can be added as a stop in direction of Rothenburg ob der Tauber or Nuremberg. 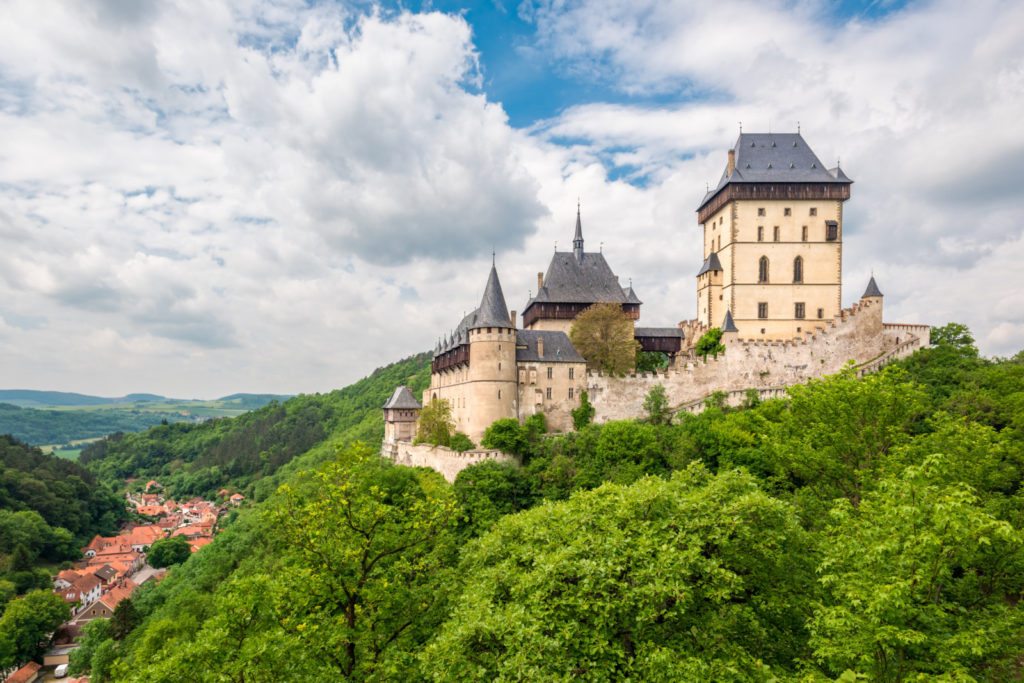