In any year, the announcement of new additions to UNESCO’s World Heritage List is a cause for excitement among avid travelers, but this year’s new entries were a bumper crop, as 2020’s nominations were held over because of the pandemic.

Obsessive UNESCO-collectors undoubtedly will have scanned the list for places to build travel plans around, and checked off the ones they visited already. For the rest of us, UNESCO World Heritage status might not be a reason to take a trip so much as spot some places worthy of a detour.

Whichever camp you fall into, JayWay’s map is now richer to the tune of 11 new cultural and natural World Heritage Sites. Here they are.

Cultural properties can span a range from a single building, to a conglomerate of buildings or artworks, to a whole cityscape or cultivated landscape.

Not content with its World-Heritage-Listed Botanical gardens, the Veneto city of Padua has a second UNESCO listing for the frescos painted by several artists over the course of the thirteenth century, in 8 separate religious buildings within the walled city. The key reason for UNESCO’s decision is the way the works depict the development of the art and technique of mural painting over a century. A keen UNESCO hunter could bag several sites in one day trip from Venice, making stops in Padua and some of the nearby Palladian villas and Vicenza, as well as Verona.

The Darmstadt Artists’ Colony on Mathildenhöhe, the highest elevation above the city of Darmstadt in west-central Germany near Frankfurt, was established in 1897 by Ernst Ludwig, Grand Duke of Hesse, as a center for emerging reform movements in architecture, arts and crafts. The dual influences of the Arts and Craft movement and the Vienna Secession are clearly evidenced. The serial property consists of two parts including 23 elements, such as the Wedding Tower (1908), the Exhibition Hall (1908), various pavilions, memorials, gardens, and the 13 houses and artists’ studios that were built for the Darmstadt Artists’ Colony and the international exhibitions.

Paseo del Prado and Buen Retiro, a landscape of Arts and Sciences, in Madrid, Spain

Travelers visiting Madrid won’t have far to go for this one, right in the heart of the city. The Paseo del Prado is a tree-lined avenue is a prototype of the Hispanic “alameda”, found throughout Spain and in many parts of the former Spanish empire. The broad avenue features several fountains, such as the Fuente de Cibeles and the Fuente de Neptuno, and is highlighted by the Plaza de Cibeles, an iconic symbol of the city. The prestigious buildings on the square and others close by are dedicated to the arts and sciences. The Buen Retiro (Pleasant Retreat) gardens are the largest part of this WH Listing and house the Royal Botanical Garden.

The works of Jože Plečnik in Ljubljana – Human-Centered Urban Design

Slovenia’s fifth WH site, and the first in the capital city, is a board collection of architectural elements designed by Slovene architect Jože Plečnik. Held up as a symbol of the country’s independence following the dissolution of the Austro-Hungarian Empire, the various buildings, bridges, promenades, squares, and city parks are what make Ljubljana so special. Unlike many of his peers, Plečnik’s work was designed to augment and blend in with the old city, accentuating, not contrasting.

Not all cultural sites are located in city centers. Located in the Metalliferous range of the Apuseni Mountains in the west of Romania near Cluj-Napoca, Roșia Montană features the most significant, extensive, and technically diverse underground Roman gold mining complex known until now. Wax‐coated writing tablets have provided detailed information about the Roman mining activities, not just here but also across the wider Dacian province. The site demonstrates the combination of Roman mining technology with locally developed techniques, unknown elsewhere from such an early era.

The Great Spa Towns of Europe

How many individual locations of a transnational site do you have to visit before you can say “been”? This new-for-2021 listing comprises spa towns in Austria, Belgium, Czechia, France, Germany, Italy, and England. The towns on or close to other destinations on our map are Baden bei Wien (Austria); Františkovy Lázně (Czechia); Karlovy Vary (Czechia); Mariánské Lázně (Czechia); Bad Ems (Germany); Baden-Baden (Germany); Bad Kissingen (Germany); Montecatini Terme (Italy). All of these towns grew up around natural mineral water springs. Although some have a much older history, this WH Listing is all about the spa tradition that originated in the early 18th century and continued till the 1930s. The shared characteristics of ornate spa buildings blending with and influencing their urban landscape, and associated facilities are key.

The Porticoes of Bologna

These covered walkways and roads are almost as emblematic of Bologna as a pasta al ragu. Designed to shelter the citizenry from rain or more usually the beating sun, there are more than 38 miles of porticoes in the city. Some date back to the 12th century and are made of wood, stone, and brick. More recently concrete has been used in the construction of porticoes in districts such as Barca. Not all 38 miles have been selected as part of the UNESCO listing, but you won’t have to go far to find quintessential examples. Enjoying a morning cappuccino and cornetto at a cafe under a portico is an absolute must.

ShUM Sites of Speyer, Worms, and Mainz, near Frankfurt, Germany

The acronym ShUM stands for the Hebrew initials of Speyer, Worms, and Mainz. Located in the former Imperial cathedral cities of Speyer, Worms, and Mainz, in the Upper Rhine Valley close to Frankfurt, this serial comprises the Speyer Jewry-Court, with the structures of the synagogue and women’s shul (Yiddish for synagogue), the archaeological vestiges of the yeshiva (religious school), the courtyard and the still intact underground mikveh (ritual bath), which has retained its high architectural and building quality. The property also comprises the Worms Synagogue Compound, with its in situ post-war reconstructions of the 12th-century synagogue and 13th-century women’s shul, the community hall (Rashi House), and the monumental 12th-century mikveh. The series also includes the Old Jewish Cemetery in Worms and the Old Jewish Cemetery in Mainz.

Frontiers of the Roman Empire – The Lower German Limes

Scattered over Germany and the Netherlands, this property consists of 102 separate locations and follows the left bank of the Lower Rhine River for approximately 250 miles from the Rhenish Massif in Germany to the North Sea coast in the Netherlands and marks a section of the frontier of the Roman Empire in the 2nd century AD. The sites are a mix of archaeological remains including military bases, forts, towers, temporary camps, roads, harbors, a fleet base, a canal, and an aqueduct, as well as civilian settlements, towns, cemeteries, sanctuaries, an amphitheater, and a palace. The catch – many of the sites are underwater, which means they’re well preserved, but not so accessible for the casual observer.

Frontiers of the Roman Empire – The Danube Limes (Western Segment)

This property covers almost 375 miles of the Roman Empire’s Danube frontier. The Danube Limes (Western Segment) sites are characteristic elements found on the far reaches of the Roman Empire such as roads, legionary fortresses, and their associated settlements, small forts, and temporary camps. In many cases, there’s not much to see beyond the way these structures relate to local topography.

There was just one addition in the Natural category on our map, in the Caucasus region:

Made up of seven separate sections within a 50-mile corridor along the Black Sea coast, is a series of typical rainforest and wetland ecosystems. With elevations ranging from sea level to over 8,000 feet above, the various climate zones provide rich ground for over 1,100 species of plants, 500 species of vertebrates, and even more varieties of invertebrates. Several of the animal and plant species found here are on the threatened list. The main types of ecosystems found here are extremely humid broad-leaved rainforests, wetlands, and percolation bogs.

Whether you’re an accidental or deliberate UNESCO-site collector, we can craft a custom Europe itinerary for you based around exactly what you want to see. 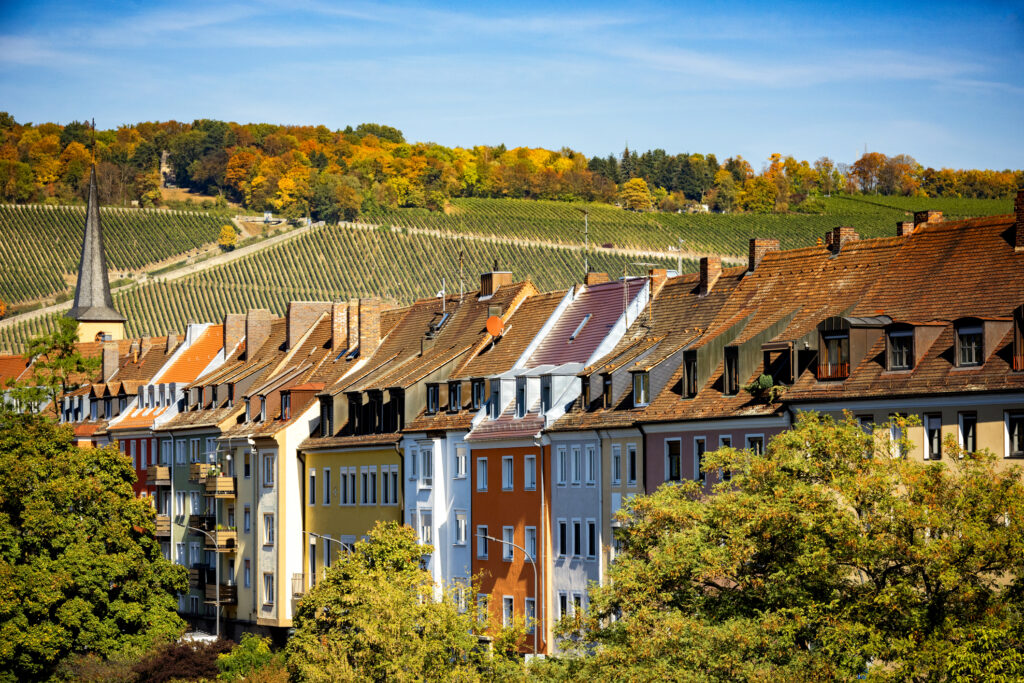