In the 1950s, a newly prosperous Germany set up official routes for vacationers. Most quickly faded into obscurity, but the Romantic Road in the south rocketed to fame, as American soldiers stationed in the area (especially Augsburg) showed their visiting relatives around. Seen as “quintessentially German,” the Romantic Road’s well-preserved medieval towns and castles, and wooded hills are no secret (the official road signs carry Japanese subtitles), but the sheer number of official stops, 29 in all, have helped prevent the route from becoming too crowded.

Fully encircled by medieval walls, Rothenburg ob der Tauber is one of the most popular Romantic Road destinations. The drive from Munich to Rothenburg is three hours, so why not make a stop or two along the way? We’ve narrowed down the Road’s many stops to our three favorites.

Good things come in threes. With 300,000 inhabitants, Augsburg is the third largest city in Bavaria, and the third oldest city in Germany. Founded by the Romans before Jesus’ birth, Augsburg has been a pioneer in many fields, from its elaborate UNESCO-listed water management system (with canals, dams, and towers dating back to the 14th century), to the Fuggerei, the world’s oldest social housing complex still in use.

Founded by the wealthy Fugger family as a place for Augsburg’s poor, the Fuggerei’s rent has remained the same for over 500 years: one Rhenish guilder (about a dollar) and three prayers a day for the Fuggerei’s owners. Inhabitants of the Fuggerei’s apartments must be Catholic, poor but debt-free, citizens of Augsburg, and work a part-time job in the community. The Fuggerei is supported by a fund created by the complex’s founders, and still run by their ancestors.

A center of European banking, textiles, and trade, Augsburg’s long record of prosperity is reflected in its architecture, but the city has also played an outsized role spiritually. A center of the Protestant Reformation, Lutherans will find the name familiar from the Augsburg Confession, the official declaration of Lutheran dogma, and the namesake of Augsburg University in Minneapolis. The Peace of Augsburg let German rulers choose between Lutheranism or Roman Catholicism, although by making the two equal, this peace ironically helped lead to the Thirty Years’ War. Today’s peaceful coexistence is reflected in the double church of St. Ulrich and St. Afra. Named for the city’s patron saints, one church is Catholic, and one Lutheran, and while they have different entrances and interiors, they share the same walls. Augsburg remains a wealthy high-tech center, but its historic core features centuries of architectural showpieces, with legends and plaques dating back to Roman times.

One of the familiar names around town is Zisa (or Cisa), a pagan god said to have protected the city before its conversion to Christianity. While one of the Brothers Grimm theorized connections between her and the known Germanic pantheon, more modern historians have their doubts. This hasn’t stopped locals from claiming that various church decorations are secret depictions of her. A more clear sign of the city’s Roman heritage is the ancient stone plaque on one of the buildings on the street named “At the Seven Infants.” Although worn away by the millennia, the plaque shows six children around a coffin said to contain the body of a seventh child, whose death was commemorated by the child’s grieving Roman father.

A somewhat newer tale is tied to the one-armed sandstone statue by the city walls. This “Stony Man” is said to be a baker who supposedly baked bread from sawdust, then threw it from the city walls to show a besieging Catholic army that Augsburg had plenty of food to spare. Legend has it that this caused the attackers to break off their siege, but not before an angry soldier fired a crossbow, taking off the plucky baker’s arm. The statue’s iron nose is said to bring good luck, especially to couples. A more enjoyable sight to hunt down is a Datschi, the city’s trademark plum cake.

The clearest sign of the city’s former glory is the beautifully named Augsburger Rathaus, the handsome town hall at the center of the Old Town. Built to house the Imperial Reichstag, the closest thing the Holy Roman Empire had to a legislature, this is the largest Renaissance building north of the Alps. Built in the early 17th century, when the city was in competition with its main trade partner, Florence, the completed building was equal to anything then found in Italy. Fully restored in time for the city’s 2,000th anniversary, in 1985, the building is full of flourishes and thoughtful touches. The most impressive portion is the Golden Hall, covered from floor to ceiling in murals, paintings, and, yes, copious amounts of gold.

Located within a Miocene-era impact crater, circular Nördlingen is, along with Rothenburg, one of three German towns that have kept their city walls fully intact. Indeed, Nördlingen has the country’s longest continuous battlements. The force of the impact that shaped the surrounding area 15 million years ago was so great that it formed around 72,000 tons worth of tiny diamonds. Although none are more than 1/5 of a millimeter in size, these countless points of light give Nördlingen’s buildings a shimmer in the sun. Indeed, this town looks so magical that it was used as the setting for the ending of the Gene Wilder version of Willy Wonka and the Chocolate Factory! How’s that for fulfilling the cliché of ‘chocolate box pretty’?

Although it has hosted a horse racing tournament for over 500 years, Nördlingen also attracts visitors with its museums, devoted to topics from the city walls to the impact crater, Bavarian railroads, and optical and acoustic illusions. As NASA astronauts trained on the impact crater, Nördlingen has the rare honor of displaying Moon rocks. If you’re just in town for a short stop, we recommend taking an hour to walk the city’s walls.

Rothenburg’s sibling, Dinkelsbühl features much of the same beauty, from its proud patrician’s homes and city gates to its massive cathedral, without the crowds. Having grown little for the past 200 years when it lost its independence, much of Dinkelsbühl appears much the same as it did centuries ago. Uniquely, this town approached the conflicts between Protestants and Catholics that doomed so many of its neighbors with Solomonic wisdom, neatly splitting the city government between the two sides, and granting both sects equal rights.

Dinkelsbühl is the official center of the Romantic Road, home to the Road’s main office. The town is proud of its traditions, and still throws a child-centric festival to celebrate its surrender to Swedish soldiers during the Thirty Years’ War. Although threatened with destruction, the Swedes supposedly spared the town when the Swedish commander noticed that one of the children sent out to beg for mercy closely resembled his own recently departed son.

Good choices all around

The Romantic Road has plenty of good choices for stops, from the ramparts of Neuschwanstein Castle to the vineyards of Würzburg. You can leave Munich after breakfast and check into your accommodations in Rothenburg by lunchtime, but if you’re already traveling down the storied road, why not make a stop or two? Explore Germany’s past by walking Nördlingen’s walls, enjoying ice cream in Dinkelsbühl’s colorful main square, or strolling Augsburg’s canals. 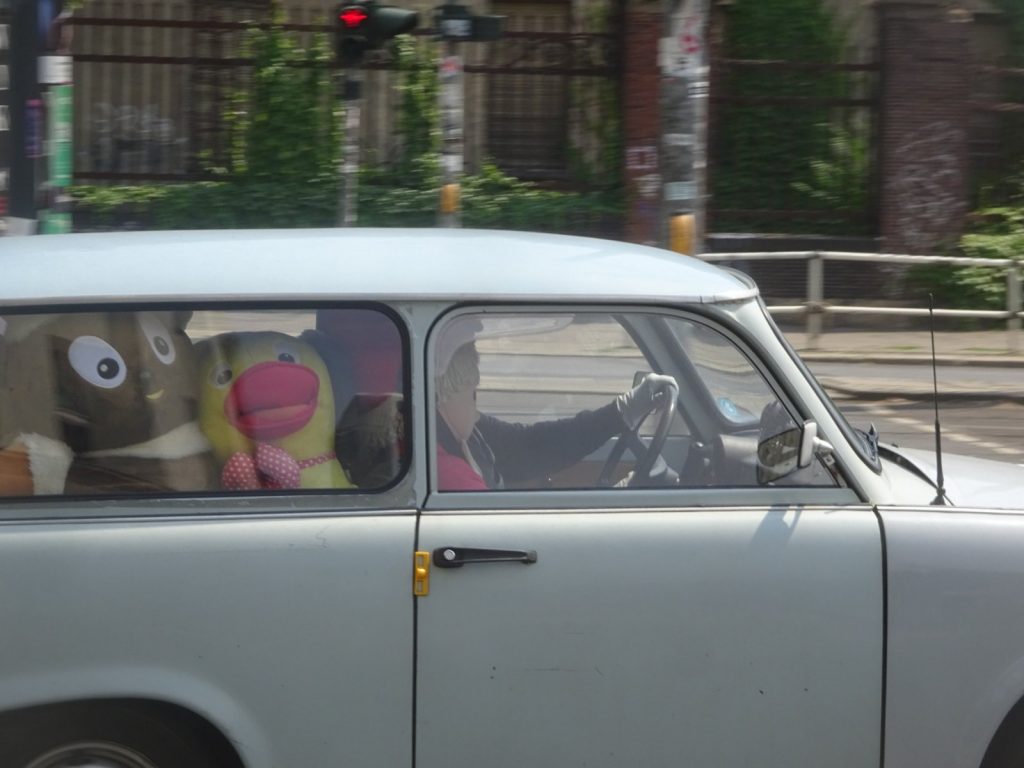 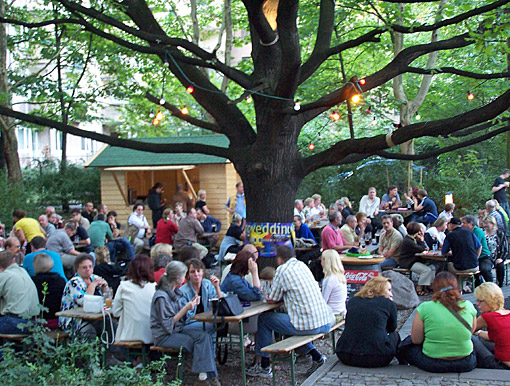