When one thinks of great examples of European architecture, structures like the Eiffel Tower and the Tower of Pisa probably come to mind immediately. But there are many more interesting buildings just off the beaten path. While the Communist Party was not generally known for its aesthetic sensibilities, there are buildings in Poland, the Czech Republic and Latvia that are rather striking.. Three of them, The Palace of Culture and Science in Warsaw, The Hotel International in Prague, and the Latvian Academy of Sciences, can be thought of as communist cousins. Built in the 1950s, all three are excellent examples of what’s called Socialist Classicism or Stalinist architecture. If they look familiar that’s because they’re all based on the designs of skyscrapers in Moscow often referred to as the Seven Sisters. Let’s take a closer look!

The Palace of Culture and Science in Warsaw

The tallest building in Poland at 778 feet, the Palace of Culture and Science was designed by Soviet architect Lev Rudnev and constructed in 1955. Inspired by American skyscrapers and the art deco style, it combines the best of American and Soviet architecture of the mid-20th century as well as some uniquely Polish references added by the architect after he had traveled around the country. Today the building houses the Polish Academy of Sciences as well as various public institutions, restaurants, cafes, exhibition spaces and a cinema. 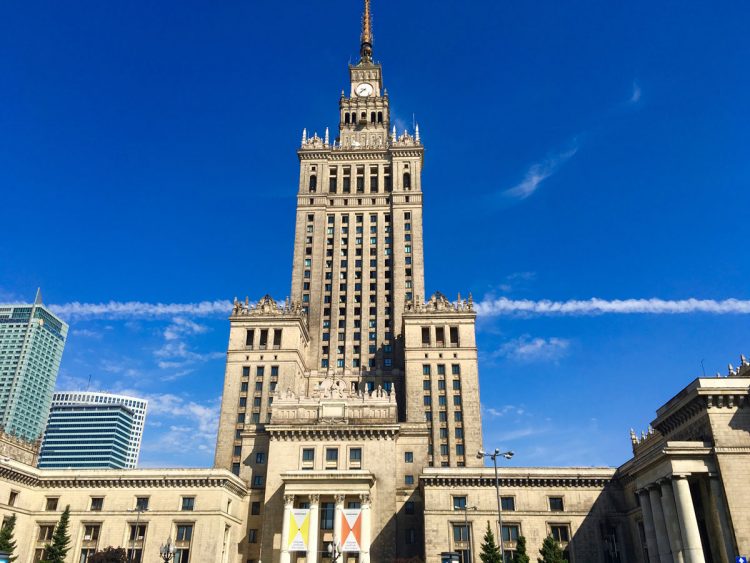 The building has a complex past, as it was built by Soviet workers after World War II, when much of the city of Warsaw remained rubble, flattened by Nazi bombs. Originally named the Joseph Stalin Palace of Culture and Science, it was a ‘gift’ from the USSR to the people of Poland. It’s a symbol of the city’s complex past, and is certainly worth a visit, not just for its architectural interest but also for its historic value. 20 zloty gets you entrance to the terrace on the XXXth floor. 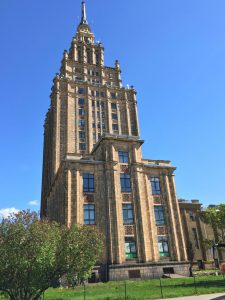 The Latvian Academy of Science was not only the first skyscraper in Latvia, it was the tallest building in the country until recently eclipsed by the Swedbank headquarters. This building was also constructed in the communist 1950s, but it has a deep connection to the Latvian people, as it was partially funded by salary deductions from citizens. There’s a combination of communist symbols like the hammer and sickle, alongside Latvian folk scenes. Its original purpose, which it never fulfilled, was as a dormitory for collective farm workers to stay in when visiting Riga.

The building had a mixed reception among locals from the very beginning. Some nicknames for the structure including “The Kremlin,” and “Stalin’s Birthday Cake.” Today you can enter the tower as a visitor and you’ll definitely want to visit the 17th floor balcony, which gives you an excellent view of the city of Riga from above. The ground floor houses the Rīga concert hall, a venue for popular music concerts.

The Hotel International in Prague

The ‘baby’ of the cousins is to be found in Prague, with just 16 stories. The Hotel International in Prague is one of the city’s most unique buildings. That’s no small feat in a place with so much incredible architecture. Built in the mid-1950s, it is one of the most vivid examples of Socialist Classicism in the Czech Republic. What today is a grand four star hotel was built partially in tribute to Joseph Stalin. Defence Minister Alexei Cepicka, who ordered the construction of the building, a purpose built hotel, hoped that Stalin himself would attend the opening ceremony (he didn’t). 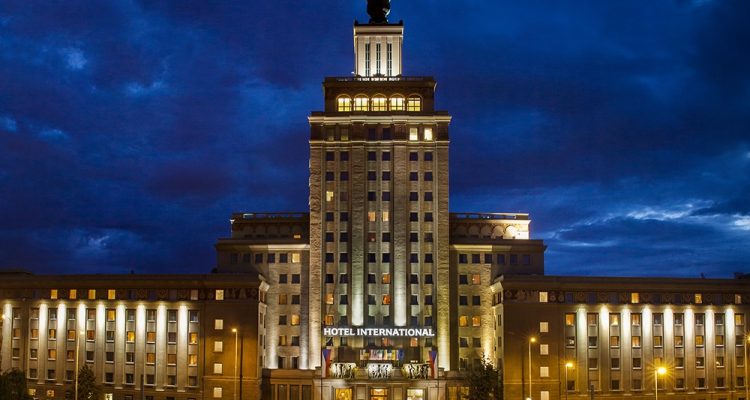 While the hotel is located outside of Prague’s historical center, it can easily be reached by tram or metro (which also dates from the Soviet era). Staying in the hotel is also an option, and though it was renovated in the 1990s, it still carries an air of communist kitsch and fun nostalgia, added to by the communist star that still sits atop it. We’d especially recommend visiting at night, so you can see the impressive lighting.

These are just three examples of stunning Central European architecture. The unique history and politics of the region has led to a succession of different architectural styles that make the past visible to contemporary tourists. Interested in seeing more? We’d love to help you plan the perfect vacation in this beautiful region. Just get in touch!