Fear of Terrorism and Travel to “Eastern Europe”

In the wake of the terrorist attacks in Paris and Brussels, which all seem to be perpetrated by a single, or closely connected cells, and the subsequent travel alert issued by the U.S. State Department it is natural to be wary of traveling to Europe. However the differences between Western Europe and “Eastern Europe” are night and day. So much so that when considering your travels to Europe we believe it is a mistake to lump these two regions together as there is a clear division when it comes to travel risks. The countries of Central & Eastern Europe are among the safest in the world. In fact according to the World Peace Index, all 20 countries we cover rank higher for peacefulness than the USA (even Kosovo, which we arrange day trips to from neighboring Macedonia, is safer than the USA) and on the Terrorism Index, comparing the impact of terrorism, every single one of them ranks below the USA. To put it simply, you’re safer there than you are at home.

The countries we cover simply don’t have immigrant Muslim populations, countries like Croatia, Slovenia, Czech Republic, Hungary, Poland, Romania, and the Baltic States are all very homogeneous. These are countries haven’t been attractive destinations for immigration, even since joining the EU and actually have taken a strong stance against immigration during the recent refugee crisis. Hungary have taken the strongest stance against migrants, passing laws and building fences, which has upset left-leaning politicians but certainly makes passage difficult for migrants. Aside from lacking the cover and source of potential terrorists that a local Muslim population provides, the cities of Central & Eastern Europe aren’t high-profile places like London, Paris or Brussels nor do these countries have a history of ‘meddling in Middle-Eastern affairs’ so are not interesting as terror targets. ‘Security through obscurity’ comes into play here. That’s not to say that destinations in Western Europe are inherently dangerous or any less safe than they were before the Paris or Brussels attacks but if you’re allowing yourself to be scared by this situation then any risk factors are even less present in Central and Eastern Europe.

Should I put off my travel plans anyway?

Acts of terrorism are designed to make people afraid in places they used to feel safe. The result of terror attacks is a heightened level of alert, paranoia and fear. If we allow this to alter our travel plans then in some small way the terrorists have succeeded in their aims. If you were considering traveling to Central & Eastern Europe the events of Paris shouldn’t have any bearing on your travel plans. There are no specific warnings issued by the US State Dept for any of the countries we cover. If you’d prefer to wait-and-see approach then we can plan to contact you shortly after New Years to check in with you.

What do other people say? 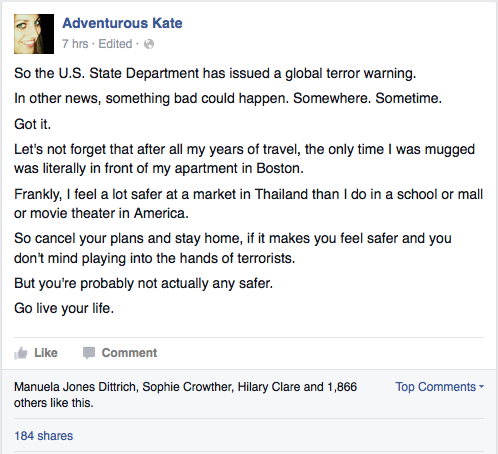 Travel industry veterans Wendy Perrin and Rick Steves have spoken out on the subject, Rick imploring his readers “Don’t be terrorized” and Wendy telling hers that having a bath is a riskier undertaking than travel back in November after the Paris attacks and more recently sharing the 7 Keys to Traveling Despite Terror Attacks but in our opinion globetrotting travel blogger Kate McCulley says it best in this Facebook post from November. 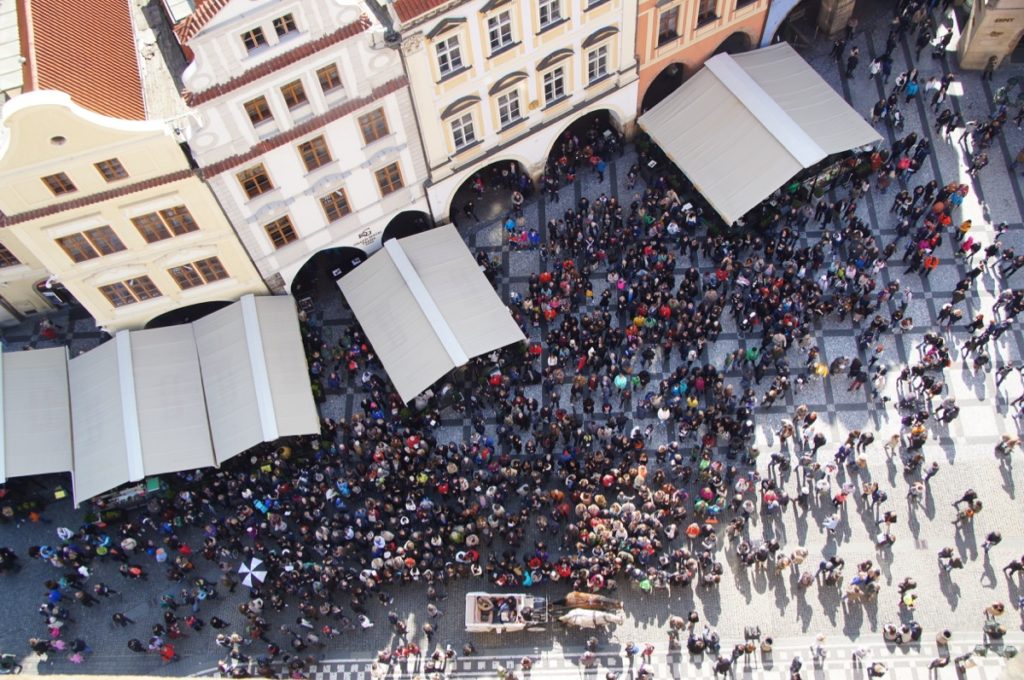 Overtourism Self-Defense Tips from our Experts