Rome and Venice for Kids

Legendary for their history, beauty, and sheer variety, Rome and Venice are our most visited Italian destinations. Fortunately, these cities are more than just museums and churches. We asked our staff in both cities, Giorgia in Rome and Elisa in Venice, for their favorite recommendations for guests with kids. Going beyond the typical amusement parks and zoos, and they had plenty of suggestions in mind. 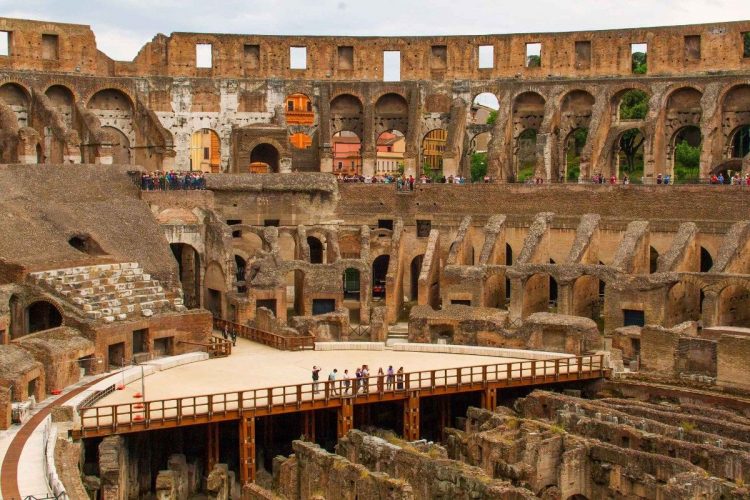 Explore where the gladiators prepared and fought

Spending a day with a nine-year old in the Vatican Museum may be a bit much, no matter how precocious and “well-traveled” they are, but with the right guide and approach, Rome’s history can be fun and memorable. For an extra fee, you can embark on a VIP tour and see a portion of the Colosseum not visited on regular visits. You’ll see the Colosseum’s Hypogeum (the underground area where combatants, including wild animals, were kept) and the Third Tier, the highest portion of the building that can be visited, and home to its best views. As you walk the “Gladiator’s Path,” your guide will tell the stories of the most famed gladiators, and the feats that made them celebrated across the empire.

For a more hands-on approach, visit a “gladiator school,” fittingly located on the Appian Way, ancient Rome’s most famous road. This is a fun option for kids and adults alike. If you’d rather not spend several hours with your kid as they wave a wooden sword around, the school provides a great opportunity to leave them behind in safe hands and have a quiet walk on your own. Historians offer two hours of training, while you can borrow clothing and various kid-safe weapons, then enjoy free entrance in the neighboring gladiator museum. 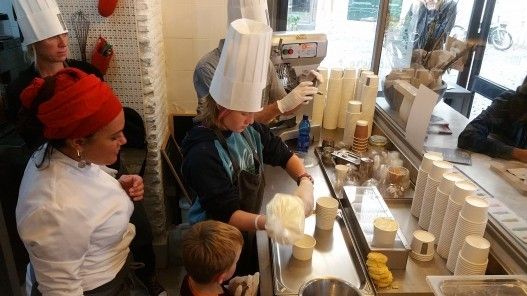 Learn to make some Italian classics

If you’re looking for a more peaceful class, we have plenty of cooking classes on offer that don’t require knives or boiling water. Pizza, gelato, and tiramisu classes are popular, especially since kids can make their own flavor of gelato, or decorate tiramisu themselves. Naturally, these courses end with a memorable meal.

Comb the catacombs and crypts

Elsewhere on the Appian Way, you’ll find two spots that tend to appeal to teens. The Catacombe di San Callisto is the largest of Rome’s storied catacombs. Dating back to the 2nd century AD, this is the burial place of Saint Paul, as well as Saint Peter and several other early popes. Kids often delight in trying to find and identify the early Christian graffiti that the tunnels feature. Those who enjoy the catacombs should also visit the crypt under the Santa Maria della Concezione church. Here, the walls are almost entirely lined with the skulls of more than 4,000 monks, some of whom were laid to rest here less than 150 years ago. As in the Czech Republic’s Kutna Hora, bones are used to decorate the crypt, covering the ceiling, while some skeletons still sit in monk’s hooded robes within niches. For a more active approach to the Vatican, take part in one of the “treasure hunt tours” that the Holy See’s museums offer. Like the VIP colosseum tours, these are quite fun, and a great way to explore the past without risking boredom! 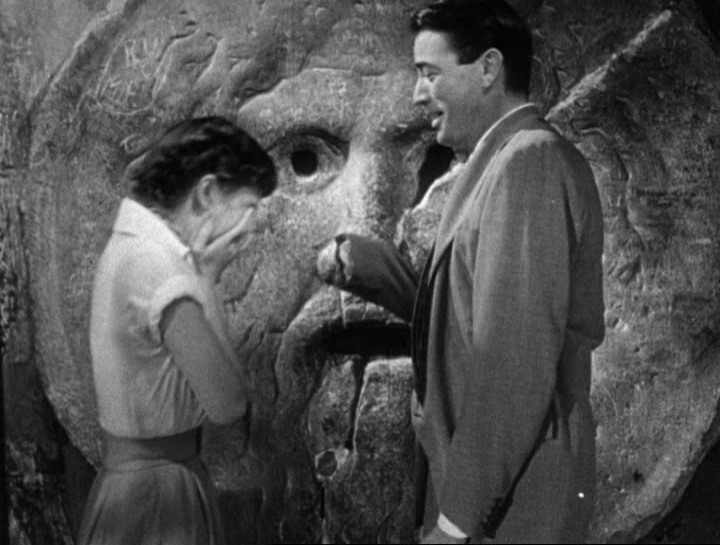 Be judged by the Mouth of Truth

On the exterior wall of the Santa Maria in Cosmedin church, on the grounds of ancient Rome’s cattle market, you’ll find a massive marble face weighing nearly 1.5 tons. Depicting the face of Oceanus, the personification of the ocean (who appears in a more flattering form on the Trevi Fountain), this unwearable mask is the Bocca della Verita, the “Mouth of Truth.” As depicted by Audrey Hepburn and Gregory Peck in “Roman Holiday,” those who put their hand inside the mouth and say a lie are likely to lose it!

There are many stories involving the giant mouth, but the most famous involves a married woman said to receive regular visitors from a man when her husband was out of town. Confronted by her angry husband, who had heard the rumors circulating around her, the woman offered to prove her innocence via the mouth of Truth. On the day of the test, a crowd formed around the couple and the mouth. A young man, clearly mad, jumped out of the mass of bystanders just before the woman reached into the Mouth. He hugged and kissed her, then ran away screaming nonsense. The audience, while shocked, let the lunatic escape, and once the chaos ended, the woman put her hand into the mouth, and said that she had never kissed any men in her life, save for her husband, and the madman. Naturally, the mouth let her go free, hand intact. The legend ends by noting that the supposed madman was the woman’s lover, having faked insanity to give the woman a perfectly innocent reason for kissing him! While no longer seen as a credible test of loyalty, the mouth is still great fun for kids! 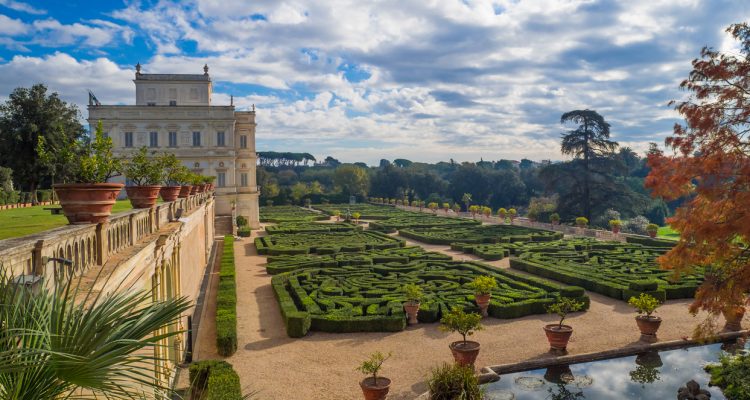 Escape the heat by renting a boat

Escape the heat and wear out the kids by visiting Villa Borghese and renting a canoe or boat. Rome’s largest, oldest, and most central park, the extensive grounds of this former villa’s park feature a zoo, plenty of good spots for picnicking, and of course, a relatively large lake. While swimming is forbidden, the lake is still fun to explore, and can be a relief from the heat of the surrounding city.

When there isn’t enough gelato in the world to keep the kids cool and happy, retreat into the cool embrace of air conditioning. Naturally, Rome has an excellent children’s museum, Explora, which will not only keep kids cool, but curious. There are plenty of inventing hands-on activities, and a good cafe for a well-deserved rest. Another cool choice when the weather outside is hot or rainy is VIGAMUS. Less than a mile from one of Rome’s oldest museums, the Vatican, you’ll find one of its youngest, the VIdeo GAme MUSeum, which recounts the history of video games, from the very first time someone figured out how to use a computer for something other than work. An interactive joy, this museum features everything from arcade and console games, to modern virtual reality. There are frequent events, and some rare artifacts, some related to the infamous burial of the failed video game adaptation of the ET movie. 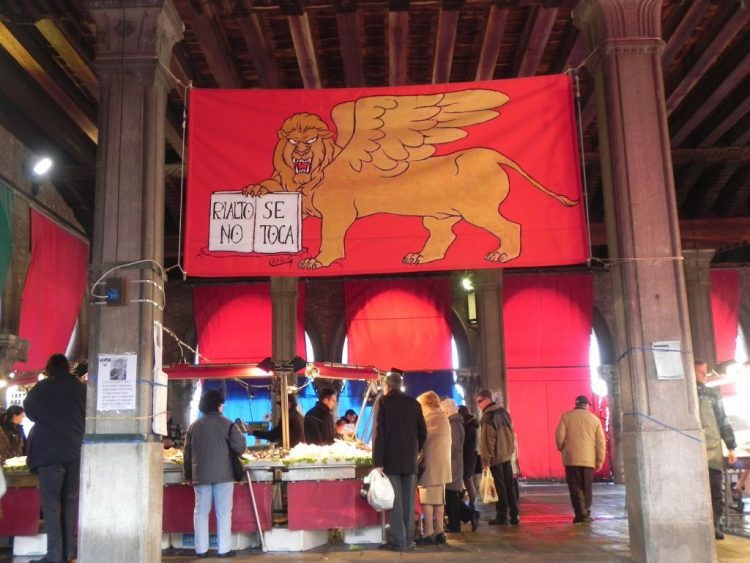 Venice is famous for its artistic treasures, so why not leave your kids to hunt for them? Many tour guides organize “lion hunts,” but we can help you organize one for yourself if you’d prefer. These treasure hunts involve finding the omnipresent lions (winged and otherwise) that symbolize Venice. This game gives people a reason to look around, turning history and architecture into a game. The lions themselves give clues about the city’s history, and when the structures hosting them were built. When the city was at peace, the winged lions hold an open Bible in their paws. If completed when the city was at war, however, the book is shown as closed. Most hunts end at St. Mark’s Square, home to the most famous lion sculptures. These lions are a good size for kids to climb on for pictures, or the sheer fun of it. 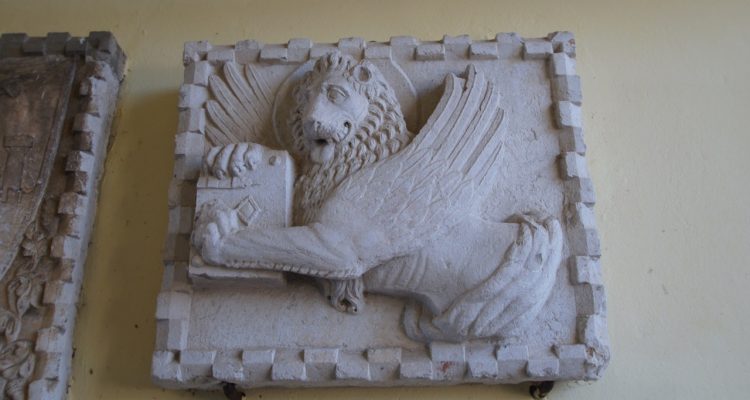 Explore Venice’s past and stories with a themed tour

Several companies organize boat trips with kids and teens in mind. These include special games (often involving pirates or hunting for details), which teach about the city and include fun stories. On these tours, kids can discover hidden islands, ancient ruins, and more.

Another themed tour focuses on Venice’s spookier past. Starting after dark, your kids can wander through silent streets and quiet squares, as the guide tells the spooky legends, thrilling stories, and mysteries that Venetians have passed down for generations. As a city dense with history, there’s no end to the kinds of curious stories and unexplained events that make great campfire fodder.

Make a memorable souvenir at a mask-making workshop

One of Venice’s highlights is Carnevale, which can be a memorable experience for kids. Even if you’re not visiting for Mardi Gras, your youth can still make their own unique masks at one of the city’s oldest workshops. While putting their arts and crafts experience to work, children can learn fun facts about the city’s history, and the place masks have in it. We recommend heading to Ca Macena, a traditional workshop where kids can make and paint their own souvenirs. 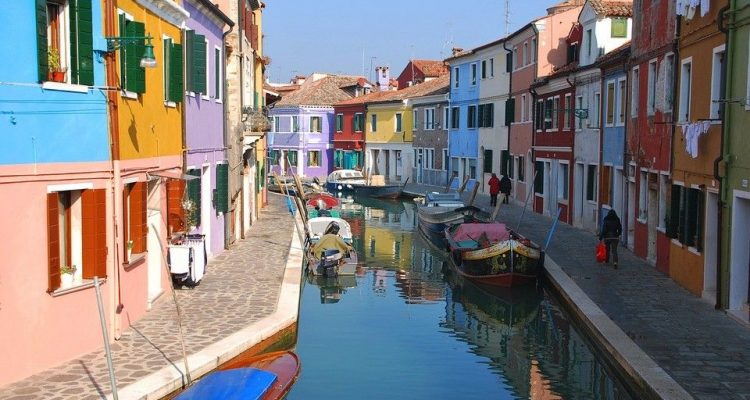 Blow your own glass

For centuries, Venice produced Europe’s most advanced and beautiful glass. Located on Murano, a colorful archipelago north of Venice’s main body, the city’s glassmakers were almost equal to nobility, and could even walk in the streets with swords and marry their daughters to the city’s elite. These privileges came at a cost. To prevent Murano’s techniques from escaping into the wider world, glassmakers were forbidden from ever leaving the Venetian Republic, at the cost of their lives. 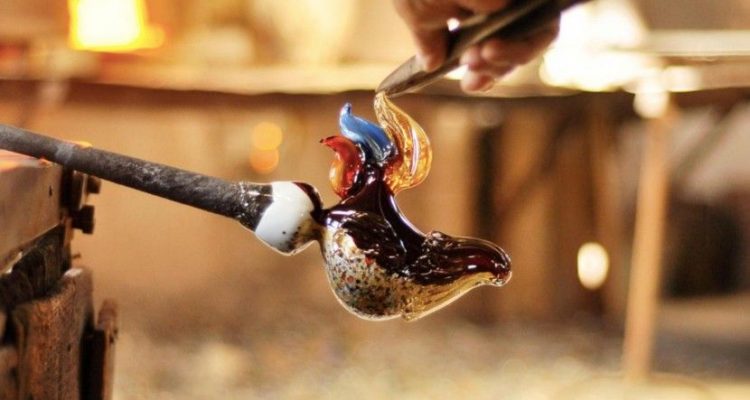 Fortunately, glassblowing techniques are far less of a state secret these days, and Venice offers youth the opportunity to take part in glass-making classes with expert craftsmen, who teach them to blow and shape glass using traditional techniques. Kids can create small glass objects, such as beads or little animals, which are sure to be souvenirs with a story. Workshops generally offer tours showing master craftsmen harness centuries-old techniques to make some of the world’s most cherished glass masterpieces. Naturally, we offer private and group tours of Murano for adults.

Whether hunting for lions or making gelato, Rome and Venice have plenty of fun activities to keep kids busy and happy, while quietly teaching them along the way. With the help of our local staff, we’ll be happy to help you and your kids have a memorable, active, and stress-free trip, in Italy and beyond.