The Most Interesting Monuments in Skopje

How should we put this? Skopje is quirky. The capital of Macedonia has undergone an architectural revolution over the past few years, and especially since 2014. That’s when the government announced a massive project to refurbish the city. Since then dozens of unique monuments have sprung up, giving Skopje a new lease on life. There are dozens of commemorative statues and fountains here. We thought we’d highlight our favorite. Here’s our list of the most interesting monuments in Skopje.

One of the largest crosses in the world, the Millennium Cross is about 200 feet tall. It sits atop Vodno Mountain outside the city center. Christianity has a long history in Macedonia and this huge monument in Skopje is a testament to that history. There’s actually an elevator inside the cross so you can go up to the top. Next door there’s a restaurant and souvenir shop. That means you can make a nice half-day trip out of it. Take a cable car up to the cross, which gives you lovely views over the city. The cable car doesn’t run on Mondays or the last Tuesday of the month.

Porta Macedonia is an arch of triumph on Pella Square. Don’t let its antique appearance fool you, it was finished in 2012. The arch commemorates 20 years of independence in Macedonia. The reliefs and scenes on the gates depict moments from the country’s history. Like many of the other monuments in Skopje, this one has a gift shop built in.

Warrior on a Horse

This is one of the most famous monuments in Skopje and a central piece of the Skopje 2014 project, erected in 2011. Many consider this a statue of Alexander the Great, but the Warrior on a Horse statue isn’t specifically dedicated to that famous warrior. Or at least that’s the tongue-in-cheek official line. Many consider it to be a tacit provocation in the long-running dispute with Greece over the right to call the country Macedonia. The statue and fountain, which plays music, are interesting at any time of day. But if you visit at night you’ll also be treated to a captivating light show. 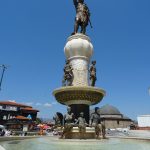 Are you seeing a theme here? The Warrior Monument is another major new monument in Skopje erected in 2012. This one too has an unofficial name – Phillip of Macedon. It stands near the Stone Bridge in Karpos’s Rebellion Square, one of the entrances to the Old Bazaar. We recommend checking it out before heading into the bazaar for souvenir shopping.

Mother Theresa was born in Skopje and this statue and memorial are dedicated to her. The Nobel Peace Prize winner lived in Skopje from 1910 to 1928. This memorial is on the site of the church where she was baptized. You’ll find it to the east of Macedonia Square. The Memorial House contains a permanent exhibition about Mother Theresa and her local roots.

The Bridge of Civilization 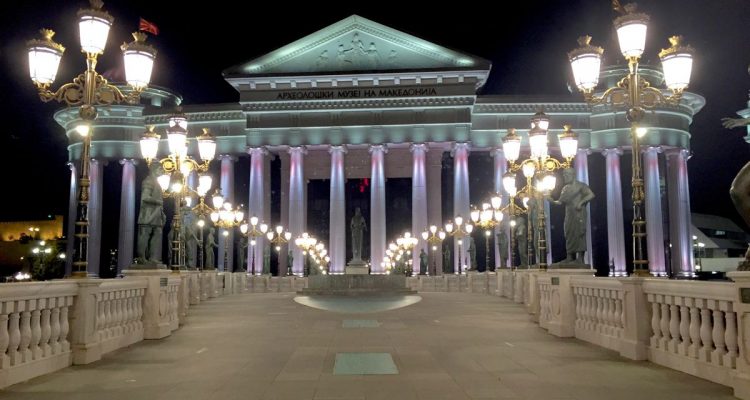 The Vardar River flows through Skopje and this bridge, which was one of the city’s first, connects Macedonia Square and Old Town. The Bridge of Civilizations celebrates the mix of cultures in the region and it too was refurbished in recent years. The bridge really comes to life at night, when it’s pleasantly lit up. The statues on it are intended to represent significant figures in Macedonian history, though most locals have no clue who they are.

Fountain of the Mothers of Macedonia 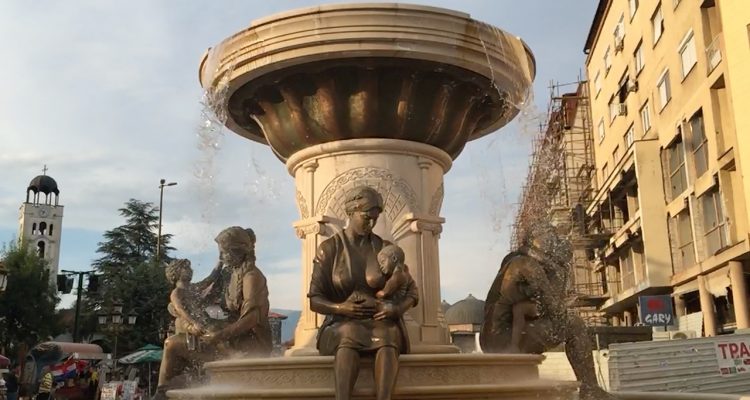 Here’s another combination of fantastic fountain, light show and statue. This one is dedicated to Macedonian mothers. You’ll find it very close to the Warrior Monument. The two together are an interesting combination, especially at night. That’s when you can appreciate the fountain in its full glory.

Are you planning a vacation including Skopje? We are travel experts specializing in Macedonia travel packages and vacations in Central Europe and the Balkans. We’d love to help you plan the trip of your dreams. Just get in touch! 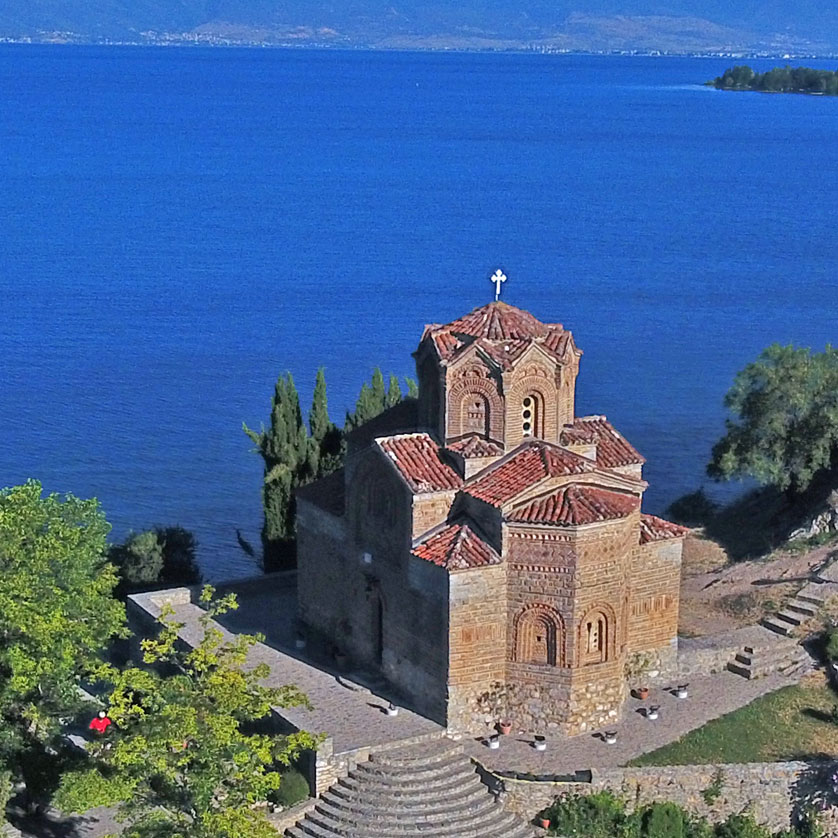 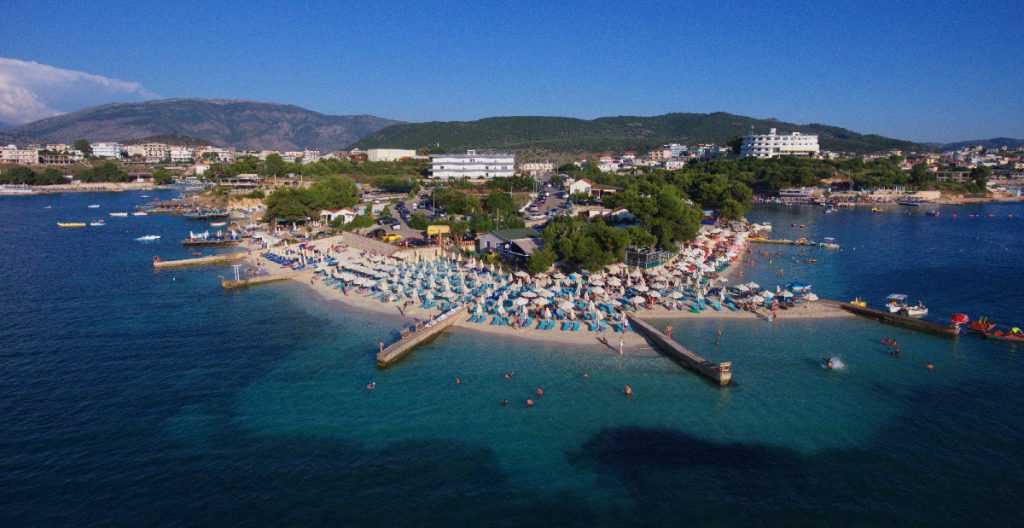