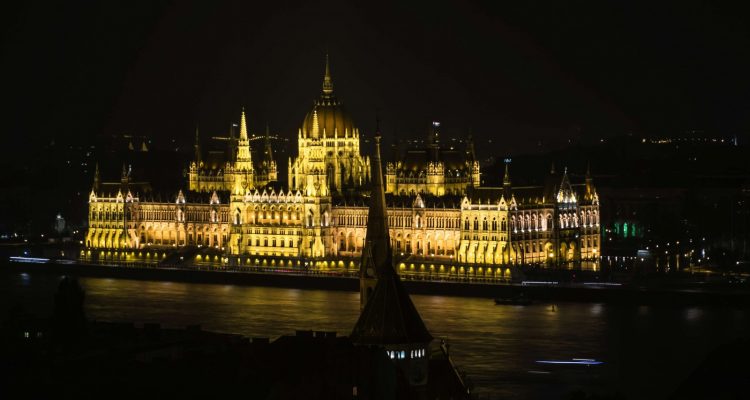 When you’re in Budapest, it’s impossible to avoid catching a glimpse of the Hungarian Parliament Building, a Gothic Revival wonder. The largest building in Budapest, and tied with St. Stephen’s Basilica for the country’s tallest structure (after St. Adalbert’s Basilica in Esztergom), the Hungarian parliament is a temple of democracy. Half a million precious stones went into its construction, which took the labor of a total of 100,000 workers, although only a small portion of the building is used today. The parliament once had two chambers, but now that it is unicameral, only one assembly hall is needed. 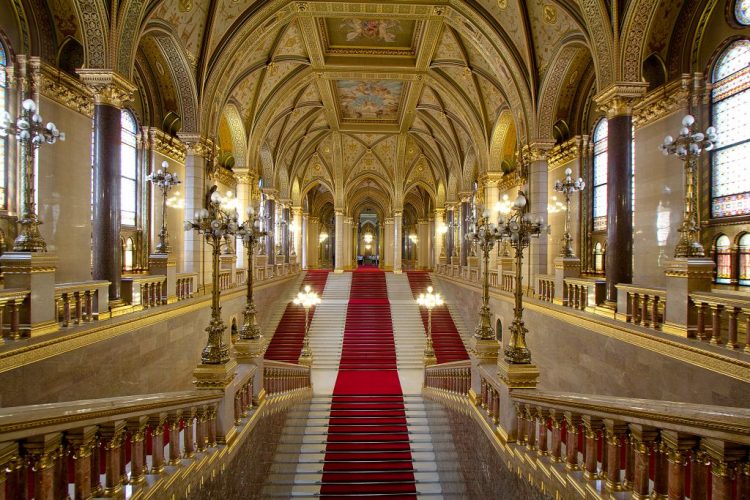 This national icon is symbolic, inside and out. The building is 96 meters tall, to match the last two digits of Hungary’s foundation in 896, and the building’s own inauguration, 1,000 years later. No visit is complete without a guided tour of the interior, which is only offered by the parliament’s own staff. As part of this tour, you’ll learn the hidden meaning behind the imposing facade, impressive grand staircase, splendid frescoes, and more. One of the highlights of the tour is Hungary’s medieval coronation regalia, including the 11th century Holy Crown (made in Constantinople), as well as a sword, scepter, and orb. Appearing on Hungary’s coat of arms, the crown and related regalia spent much of the Cold War secure in Fort Knox. This tour offers a unique understanding of the history and pomp of Hungarian politics, and a fun way to explore Budapest from the inside out.

With its central location in Budapest’s history and the hearts of its residents, there are ample sights to check out within a block or two of the building. On the Danube, directly behind the parliament, you will find the SMS Leitha, the only remaining fully restored Austro-Hungarian warship, and Europe’s first river monitor, built in 1871 and based on the USS Monitor. Next door is the Shoes on the Danube Bank, sixty pairs of bronze shoes commemorating people, many Jews, who were there executed by Hungarian fascists towards the end of World War II. On the opposite side of the parliament is the sizable Kossuth Lajos Ter square and subway station. Be sure to check out the bullet holes in the Agricultural Ministry building, left over from the Hungarian Revolution in 1956. Then pay your respects at the memorial to Imre Nagy, the martyred leader of the uprising, and visit the Soviet War Memorial and Ronald Reagan statues, which are locked in a face-off. 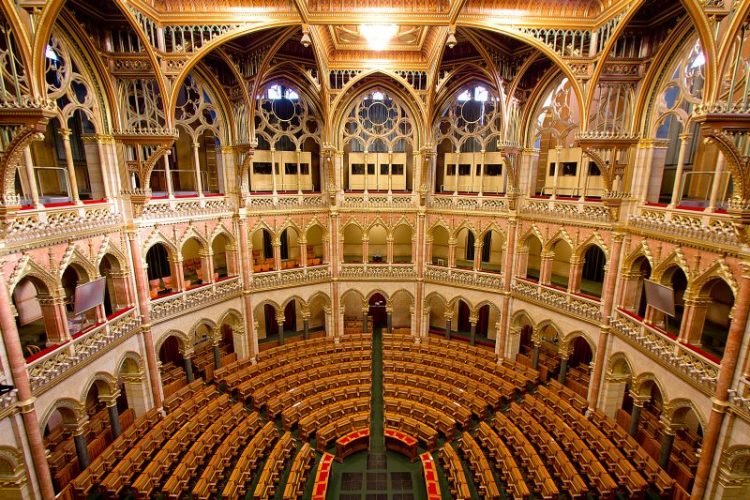 We are happy to include a tour of the Hungarian Parliament Building in your itinerary, although we only sell tours as part of our custom travel packages. We recommend booking this group tour several weeks in advance, as it is only available through the parliament building’s staff, and tends to sell out at least a day or two beforehand. Opening hours a 8 a.m. to 6 p.m. April daily to October, but only till 4 p.m. November to March. During weeks in which the Hungarian parliament holds plenary sessions, the building is only accessible till 10 a.m. 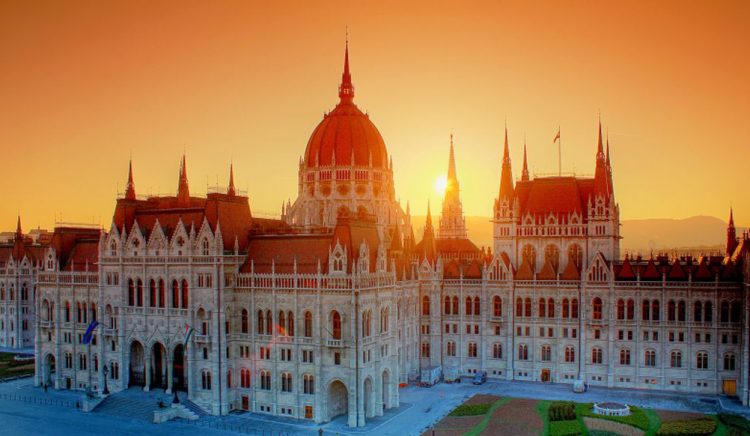 For more things to see and do in Budapest, get some ideas from Jean, a travel blogger we have shown around, and who allowed us to use this post’s first photo. The other photographs used here are courtesy of the Hungarian Parliament Building’s official website.