Greece’s most popular island chain, known as the Cyclades is situated in the heart of the Aegean Sea. The 220 islands and islets which comprise this chain form a circle around the uninhabited, sacred island of Delos, the birthplace of god of light, Apollo and one of the world’s most spectacular UNESCO World Heritage Sites. Only 33 of these islands are inhabited.

According to Greek mythology, the mighty god of the seas - Poseidon, angered by the mischievous behavior of the Cyclades nymphs, turned them into islands.

Every Greek island is defined by a set of certain architectural principles. The Cyclades islands are known for their barren landscapes, white and blue architecture, as well as gorgeous sandy beaches.

Two of the world's most famous Cyclades islands: Mykonos and Santorini, welcome visitors from all over the world who come here to enjoy the lavish lifestyle and sensational postcard-worthy views. Santorini tops the list of the most romantic destinations in the world.

The largest of the Cyclades islands as well as the capital of this island group, Naxos, inspires guests with its fertile valleys, delightful cuisine, picturesque traditional villages and a beautiful blend of Venetian castles, harmoniously coexisting with the traditional Cycladic architecture.

A short ferry ride away from Naxos you will find Paros, famous for its ancient Byzantine paths and marble quarries, which connect the charming villages that dot the island’s spectacular landscape.

Despite their similarities, each and every one of the Cyclades islands have their own unique charm, traditions and famed hospitality.

Top vacation destinations in The Cyclades 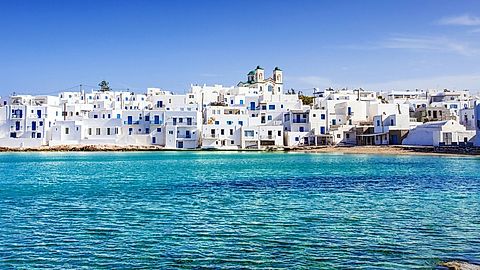 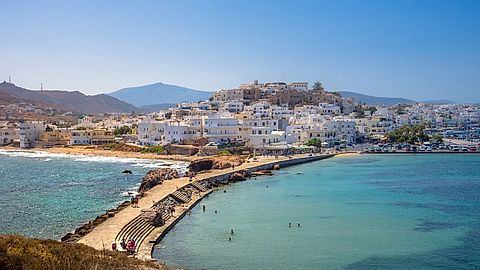 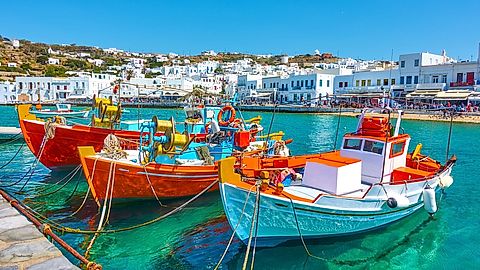 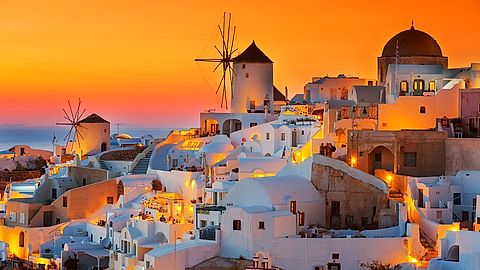