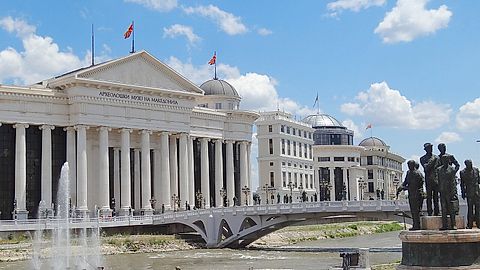 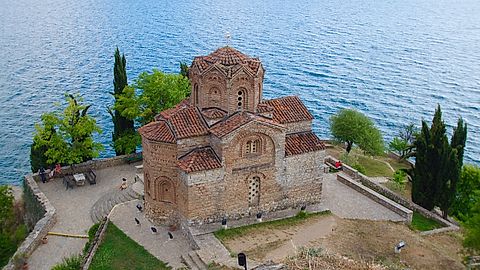 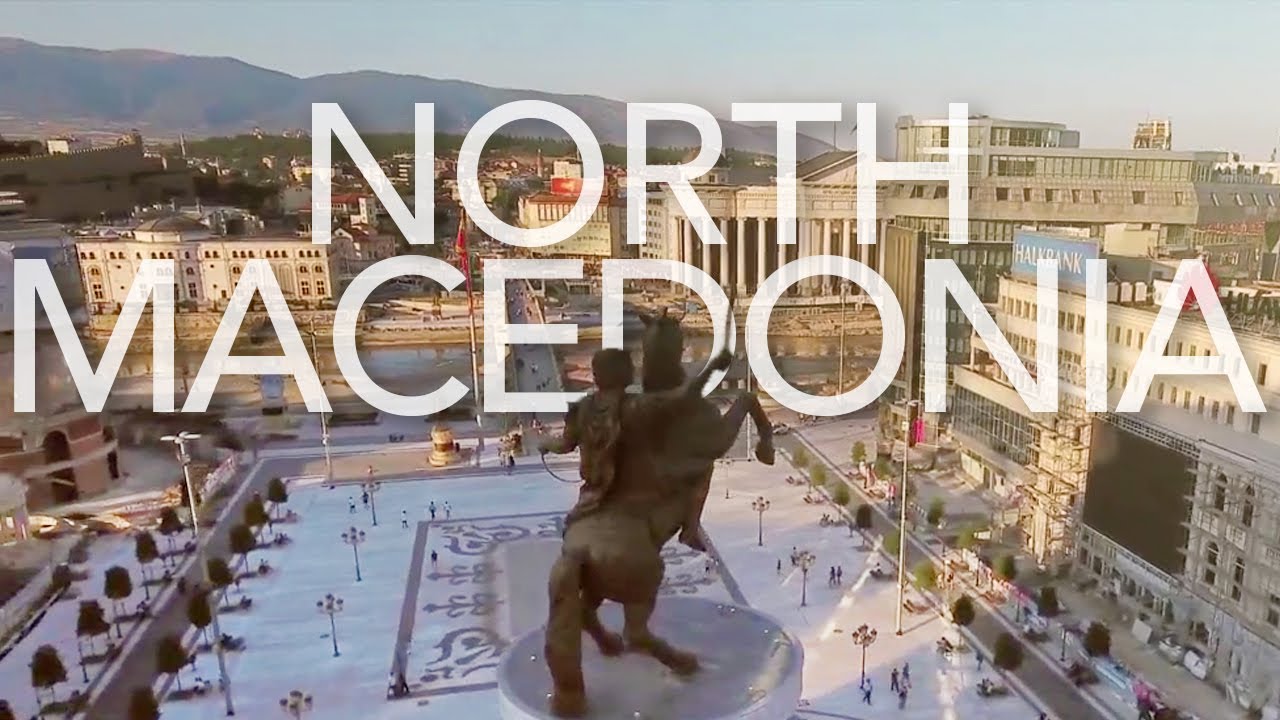 Macedonia, or to give it its full name, the Republic of Northern Macedonia, is a cultural crossroads in the heart of the Balkans. Located between Greece to the south, Albania to the west, Bulgaria to the east, and Serbia to the north, Macedonia is the perfect place to explore how cosmopolitan influences can affect cuisine and architecture over the centuries. Its central location makes a great starting point for travels to other countries. Not yet a member of the EU, Macedonia still retains its own currency, helping keep it affordable.

The quirky capital of Skopje

The capital, Skopje, is a city like no other. The birthplace of Mother Teresa, this is a place that reveres its past. You’ll see monuments to important historic figures throughout Skopje. The city feels at times like a cross between Las Vegas and Eastern Europe. You’ve never experienced a destination like this. Prices throughout Macedonia are much lower than in Western Europe. Hotels in Macedonia are affordable and comfortable. You can travel more opulently than elsewhere. That's one more reason that a holiday in Macedonia is special.

The best destinations in Macedonia

Many of our guests in Skopje enjoy tasting the local cuisine. Macedonian food combines various delicious styles. You can also explore the countryside. Go to the impressive Matka Canyon, outside the capital. You can hike, rent a boat, or kayak. An even more popular destination is Ohrid. This is a major lakeside resort with a long tradition. It's the perfect combination of history, leisure, and nature.

We took a group of five bloggers to Macedonia in 2016, aspart of a press trip. See this article to get a feel for what traveling to Macedonia is like.

Wherever you want to travel in Macedonia, we can make it happen. Visit Ohrid, Skopje, and more. We provide local travel services to all of the places below. There are also options throughout Central and Eastern Europe and the Balkans. These services are available to vacationers from the US, Canada, Australia, the UK and Europe. Contact us for a free travel consultation and we'll get started planning the perfect Macedonian vacation for you.

Explore Our Destinations in and Around Macedonia

Our suggested itineraries in Macedonia and neighboring countries allow you to enjoy a multi-destination tour with ease. Our vacation packages make traveling in Central & Eastern Europe hassle-free. We take care of getting you from place to place, accommodation, excursions and activities.

Off the Beaten Path in Albania and Macedonia

Average of our Guest's Ratings of our Macedonian vacation packages 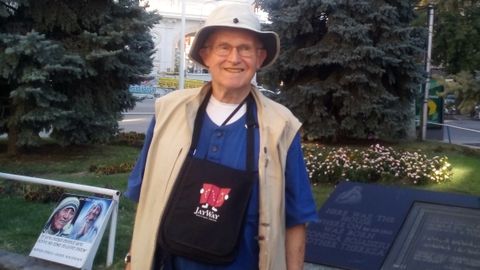 Albania and Macedonia were exotic and fascinating and the people were very welcoming to me. Without the localized staff to assist me I do not think this trip would have been so satisfying. I highly endorse all services.

Albania and Macedonia were exotic and fascinating and the people were very welcoming to me. Without the localized staff to assist me I do not think this trip would have been so satisfying. I highly endorse all services.

You are the kings and queens of travel!

You are the kings and queens of travel!

Latest articles about Macedonia
from the JayWay Travel Blog

The Most Interesting Monuments in Skopje

Read more articles about Macedonia on our blog

When is the best time to visit Macedonia?

We recommend visiting between mid-March and late May, or from late September to late October. Macedonia's summers are long hot, and dry, while winters are short, but fairly cold and wet (although snow rarely lasts for more than a few days outside of the mountains). If visiting in the summer, the very best place to be in Macedonia is Lake Ohrid.

Macedonia is a safe country, although you should take the usual precautions against pickpockets in crowded areas.

Macedonia's cuisine reflects its location near the Mediterranean and Middle East. While it shares many of the foods of its neighbors, it's known for its dairy and wines. The ubiquitous national dish is Tavce Gravce, a simple dish of beans, onions, and spices that are boiled, then baked in a traditional clay pot. Grilled meats are the (often literal) backbone of Macedonian cuisine, although the country is also known for its dairy. If you find yourself in Ohrid, be sure to try to local fish, especially the trout.

A popular aperitif is Mastika, a liqueur seasoned with the resin of the evergreen mastic tree. Macedonians can rightfully boast about their wines, especially the reds, but are also fond of their Rakija, a strong grape brandy. It’s generally best to drink bottled water.

As a mountainous country with poor roads, we recommend against driving on your own. Macedonian trains are slow, and do not run to Ohrid. Buses are common, and fairly reliable, if slow and often old. If departing Skopje's main bus station, keep in mind that you have to have a pre-purchased ticket validated from one of the ticket booths before entering the bus area. We recommend traveling via private transfer, which is the fastest and most reliable means of travel, and lets you visit scenic vistas and destinations en route.

"Macedonia" refers to a historic region that has vague boundaries that can include Albania, Bulgaria, Greece, Macedonia, Kosovo, and Serbia. The word also refers to Macedon, Alexander the Great's ancient Greek kingdom. Long after Alexander the Great's death, Slavic people related to the Serbs, Croats, and other neighboring peoples moved to the area, and eventually formed their own "Macedonian" culture. When Yugoslavia was founded after World War I, what is now the country of Macedonia was formed, as one of Yugoslavia's six parts. After Yugoslavia broke up, it became its own country, the Republic of Macedonia.

Greek nationalists consider themselves to be the descendants of Alexander the Great and Macedon, and see Macedonia as a threat to this legacy, as the country’s name could be seen as implying that the modern country of Macedonia is Alexander’s modern heir. Greeks also feared that Macedonia could try to claim the neighboring territory of “Greek Macedonia,” which sits within Greece. As absurd as this may seem, the Macedonian government did not help things by building a grand neoclassical downtown in Skopje, complete with a giant statue of Alexander the Great! Macedonia found a compromise by officially calling itself the awkward term "the former Yugoslav Republic of Macedonia" (FYROM). This term was used everywhere from the UN to the EU and NATO.

In 2018, Macedonia and Greece came to an agreement: Macedonia would change its name, and Greece would finally let the former start the process of joining NATO. Thanks to this treaty, as of February 2019, Macedonia is now the Republic of North Macedonia. Macedonians will still use “Macedonia” in conversation, and this remains a bad topic to bring up in Greece.