For the first-time visitor, Albanian cuisine might seem mysterious, but if you’re a keen student of geography and history, you might be able to imagine what it could be like. A country’s cuisine is shaped by both its place and its past, and you’ll find that in Albania these forces … Read More 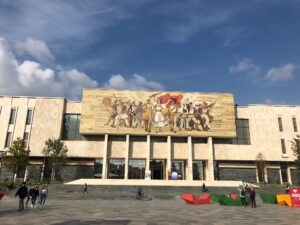 For most people their initial impression of Tirana is that it’s a chaotic city. That perception isn’t totally wrong, but at the same time that chaos is a sign of the city’s youthfulness and vibrancy.  Tirana’s welcoming vibes and lively atmosphere will definitely make you want to return. Welcome to … Read More 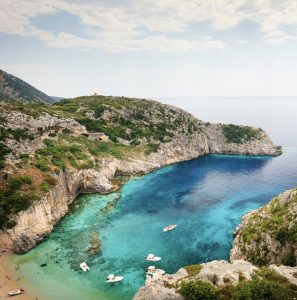 The Albania Riviera is full of surprises. This boat trip to spectacular bays and beaches has a historical twist at the end. 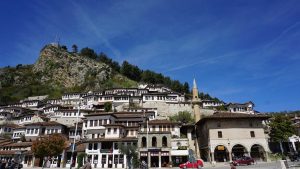 You can’t help but fall in love with the city of Berat. Situated in the middle of the mountains it looks like an ancient amphitheater. Whoever visits this city is not only impressed by the architecture but also by the warm and simple local life. Although one of the main … Read More 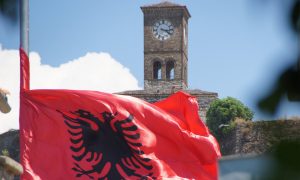 Albania’s culture is a strange combination of the ancient and the new, as even modern works often focus on its long traditions, such as blood feuds and sworn virgins, to say nothing of Albania’s medieval heroes and more recent totalitarianism. Like everything else in the country, Albania’s culture reflects many … Read More