There’s one destination on the outskirts of Helsinki so rich with historical interest and contemporary charm that it’s a guarded local secret — literally.

A UNESCO World Heritage Site, Suomenlinna is a fortress built on six islands that are actually part of the capital city, though you’ll have to take a short ferry ride to get there. Cherished by locals as the perfect picnic destination, the fortress is a unique piece of national military history that will give you a different perspective on Helsinki and its heritage. 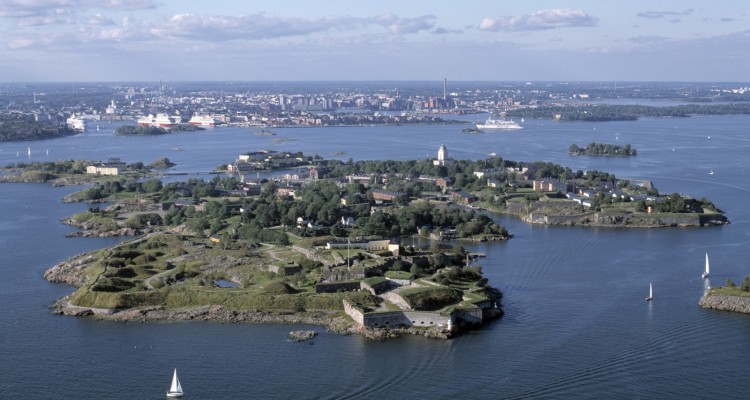 A short history of Suomenlinna

The history of this remarkable island fortress stretches back to 1748. At that time Finland was part of the Swedish kingdom, and following the Russo-Swedish War, which lasted from 1741 until 1743, the need for stronger fortifications in the area was keenly felt. The construction of the fortress coincided with the further development and expansion of the navy, so the fortress was also important as a dockyard, where ships could be stored and repaired.

A young military man named Augustin Ehrensvard oversaw the erection of a connected series of independent fortifications linking each island. At the heart of the fortress was a navy dockyard. Along with construction came the building of residences, and artists of the period often depicted Suomenlinna as a pastoral fortress community. That’s one element of Suomenlinna’s unique local character — in addition to its military importance, it has always been inspiring for artists.

In 1808 Russia occupied Sweden and at that point the construction of Suomenlinna became even more ambitious. The fortress saw action in numerous battles during the 19th century. In the buildup to World War I, the weaponry on the island entered the modern age, as Suomenlinna was one of the most important points in Peter The Great’s naval defences for St. Petersburg. Following the Russian Revolution, the fortress became part of newly independent Finland in 1917. After a brief period housing a prison, it was turned over to public use in 1973.

As a military fortification, Suomenlinna is no longer very practical. But it does maintain a limited military presence, with the Naval Academy headquartered on the island. You’ll also spot the war flag here, which is the contemporary Finnish flag adorned with the royal crest at the heart of the familiar blue cross. If you’re visiting in the summer months, Suomenlinna — and the ferry on the way — is likely to be flooded with locals, who adore the islands as a picnic destination. That’s probably the most popular activity for the island, and is highly recommended. There are also numerous sites of historic interest to explore besides the fortifications themselves, including museums and the only surviving Finnish submarine, Vesikko, built in 1930.

What to do there

Leisure: There are a few small beaches on Suomenlinna and numerous other places that are perfect for a picnic. You certainly won’t be the only one enjoying a meal in the open air, especially during the summer, so we recommend taking an early ferry to find the best spots. Pack your food and drinks from the city though, because you’ll mostly be out of luck when you get to the islands.

Tours: A guided walking tour is probably the quickest way to familiarize yourself with all that Suomenlinna has to offer. Tours are in English and can easily be booked through the website.

Dining: If you’re feeling more peckish than a picnic lunch, there are a couple of options. The Suomenlinna Brewery is definitely recommended. Here you’ll have an array of classic Finnish cuisine and some very tasty beers. Café Chapman is one of the city’s best values for lunch, with a hearty fresh buffet.

Arts & Culture: Interestingly enough, Suomenlinna is home to numerous art studios, and since the mid-1980s has hosted the Nordic Arts Centre, a summer art school for children, as well as the Suomenlinna summer theatre.

Military History: The clearest signs of Suomenlinna’s history are the fortifications, which remain in place all over the islands. You can also find numerous cannons and large guns dating from different eras. Augustin Ehrensvärd’s grave is impressive, adorned by a bronze shield, classic helmet, sword, and cherubs. There’s also a series of tunnels connecting the fortifications underground that can be explored.

Suomenlinna is not only beautiful and interesting historically, it also offers a wonderful way to take a break from the bustle of the capital city. A unique community within the city’s community, it is one of the destinations in Helsinki we recommend most highly. To learn more about Suomenlinna and to get an idea of what’s on while you’re in the city, see their official website.

Planning a trip to Helsinki? We’d love to put together a Helsinki travel package just for you. Get in touch to find out more!