Data Roaming for Americans on a European Vacation 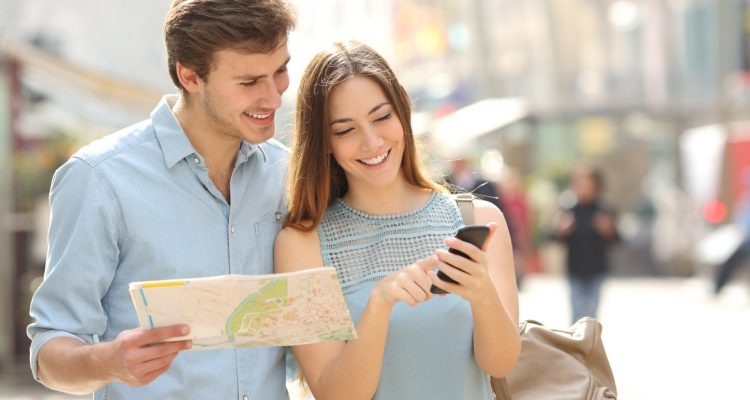 Got an Unlocked Smartphone?

Having an unlocked smartphone gives you the freedom to swap to a local SIM but it used to be a real chore having to buy a new SIM for each European country you visit. Fortunately the EU’s new rules effectively eradicating roaming charges took effect in July 2017. Now it’s possible to buy a SIM (or ask one of our local staff to take care of that for you) in the first country you arrive to. There are some gotchas – some carriers are quite mean when it comes to roaming data allowance (we’re looking at you Poland, Latvia and a few others where data is ‘too cheap’). If you’re going to non-EU countries you’ll still need to buy a new SIM for each country most of the time. Our local staff can advise on the best option. There are cases where some mobile network operators in non-EU countries have agreements with neighboring country operators.

What if your phone’s locked to your carrier?

This is all fine and dandy if your smartphone is unlocked – usually the case if you bought it outright, but if your smartphone was provided by your carrier it may be locked to their network. Here we compare the main US mobile carriers and their roaming options. The advantage of these plans is that you are keeping your US number switched on for any important calls or texts.

With AT&T you have a couple of choices. The International Day Pass will cost you $10 a day and lets you use your bundled minutes, texts and data. If that seems steep, your only option is one of their passport plans, which start $60 for 1GB of data.

You may well have Sprint Global Roaming included with your current plan, check with them before you travel. You’ll get unlimited 2G roaming (which is fine for messaging apps and email) but if you want faster speeds, you’ll need to cough up some extra dollars. The most practical option is the weekly pass at $25.

If you’ve got a T-Mobile ONE plan, you’re all set with unlimited international data and texting (and 0.25¢ for calls) but (and it’s a big but) the data is at 128Kbps only. This is fine for email but unsuitable for loading image-heavy web pages quickly. It definitely won’t work for streaming video. For a little more the ONE Plus service doubles the data speed. In practice many users have reported better speeds than expected. If you want to be sure you’re getting full speeds, $5 a day gets you half a gigabyte of LTE/4G speed data.

Verizon’s TravelPass is pretty simple. It runs $10 a day and lets you use your domestic calls, text and data allowance anywhere in the world.

Compare that to a local SIM where you’d never pay more than $10 for 1GB. Sprint and T-Mobile’s basic roaming packages may give you all you need, as long as you do any big downloads on WiFi. For just $5 a day you’re a first class digital citizen again. Charging double that for the same thing, as the bigger players do, isn’t quite so friendly. Staying connected on a two-week vacation would run you $150. A local SIM, at its most expensive (Italy or Germany) would be about $40.  If your phone is unlocked but you want to keep your US number active while you travel you might find the cheapest option is to buy a basic phone and put your US SIM in that (if possible) and use a local SIM in your smartphone.

Should you be toting a very recent model smartphone (like the iPhone XR or XS and a smattering of new late 2018 Android phones), it could very well already support dual SIMs by way of eSIM (embedded SIM). If that’s the case, things get a lot more interesting. If your regular cell carrier supports it (AT&T, Verizon and T-Mobile in the US are saying by late 2018) then you can convert from a physical SIM to an eSIM. This frees up your nano-SIM slot for a local SIM. With eSIM both your US and the local SIM’s number are active at the same time, but you select which one is used for data.